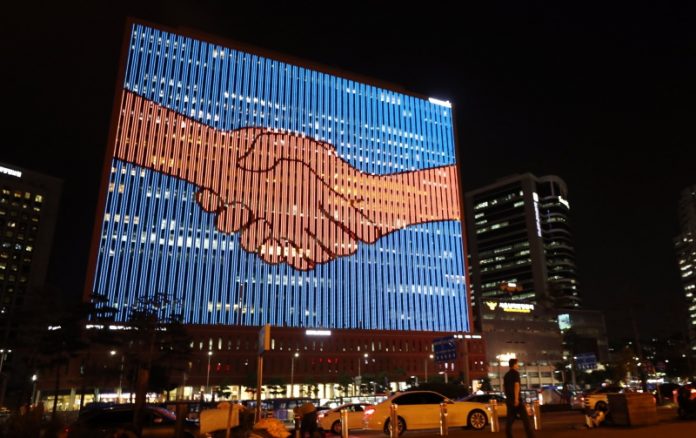 As the English Premier League season resumes on Wednesday after being stopped since March due to the coronavirus pandemic, there will be a host of safety protocols that needs to be followed. Among them will be no spitting and no handshakes.

“Maintain distance during goal celebrations. No handshakes. No spitting or nose-clearing. Use hand sanitizer before and after every match,” these are among the guidelines for during a game under ‘Player Behaviour’ as directed on the Premier League’s official website.

There will also be bigger technical areas with trainers’ benches being expanded to enable social-distancing during the match, the statement on premierleague.com, said.

“This can include using seats next to the bench or reallocating seats to provide the required distance between people. For example, substitutes can be seated in designated areas in the stands behind the benches.

“Those people in the technical area must maintain social-distancing, with zones marked out to guide them.”

As far as guidelines after the match are concerned, “players should seek to restrict their interaction with opponents.”

“With bigger squads and a high number of matches in a short period of time following the restart, the value of warm-downs in clubs’ fitness programmes is greater.

“These should last no more than 25 minutes and are likely to be staggered for each team,” said the statement on warm-ups.

The Premier League, which has been suspended since March 13, will resume on Wednesday with the first two fixtures seeing Aston Villa host Sheffield United and Manchester City face Arsenal.