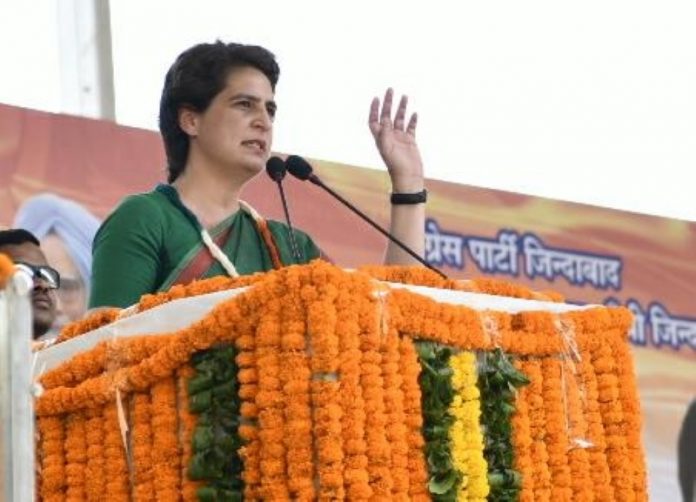 Congress general secretary Priyanka Gandhi Vadra has hit out at the Yogi Adityanath government in Uttar Pradesh for its functioning, saying that the state Secretariat has become a centre of corruption in the state.

In a tweet, Priyanka Gandhi said, “In the government, the Secretariat has become centre of corruption, the scam in the Animal Husbandry department has exposed the system.”

“In the state secretariat, corruption has been going on. Are the chief minister and ministers not aware of it? If so, then there is a question mark on the government’s functioning,” added Priyanka Gandhi.

Her remark came after the UP Special Task Force (STF) arrested seven people, including the private secretary of a minister of state, for duping people for promising to award them contracts.

The STF said 14 people, including some journalists and staff of the Vidhan Sabha secretariat, were involved in duping an Indore-based trader, Manjit Singh Bhatia, for a fodder supply contract. Bhatia was allegedly duped of Rs 9.72 crore by the conmen.

The STF official said the home guard and the driver and other staff helped Ashish Rai in misleading the complainant and procured Rs 9.72 crore with the promise to provide the contract.

The accused had easy access to the secretariat and even used a room there as their office, which made people believe that they were capable of awarding government contracts.

The STF official said they tried to threaten the complainant when he demanded his money back. The accused got an Azamgarh criminal to issue threats to Bhatia.

An FIR was lodged against the accused at the Hazratganj police station on Saturday night when the complainant’s allegation was found true during the initial investigation.

They have been booked on charges of fraud, forgery, criminal breach of trust, impersonation and criminal conspiracy, as well as Prevention of Corruption Act.