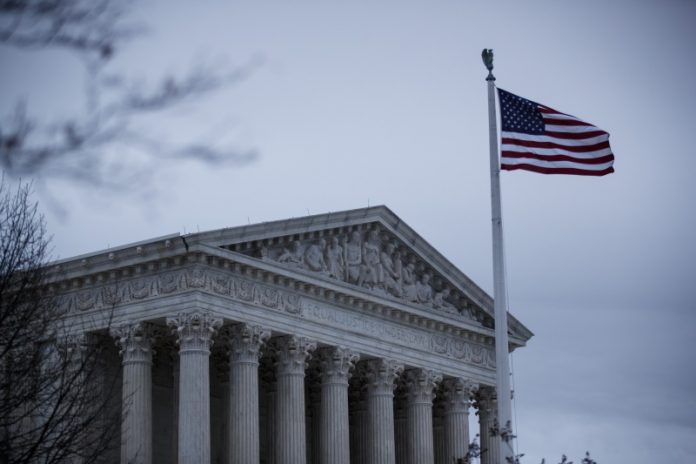 The top court in the US has ruled that employers who fire workers for being gay or transgender are breaking the country’s civil rights laws.

In a 6-3 decision, the Supreme Court said federal law, which prohibits discrimination based on sex, should be understood to include sexual orientation and gender identity the BBC reported.

The ruling is a major win for LGBT workers and their allies.

And it comes even though the court has become more conservative.

Lawyers for the employers had argued that the authors of the 1964 Civil Rights Act had not intended it to apply to cases involving sexual orientation and gender identity. The Trump administration sided with that argument.

But Judge Neil Gorsuch, who was nominated to the court by President Donald Trump, said acting against an employee on those grounds necessarily takes sex into account.

“An employer who fires an individual for being homosexual or transgender fires that person for traits or actions it would not have questioned in members of different sex,” he wrote.

Members of the LGBT community across the US were celebrating on hearing the news.

Title VII of the Civil Rights Act of 1964 forbids employers from discriminating against employees on the basis of sex as well as gender, race, colour, national origin and religion.

Under the Obama administration, the federal Equal Employment Opportunity Commission, which enforces the anti-discrimination law, said it included gender identity and sexual orientation. But the Trump administration has moved to roll back some protections in healthcare and other areas.

While some states in the US had already explicitly extended such protections to LGBT workers, many have not.

It’s difficult to overstate the significance of the decision.

While the court is establishing a long history of decisions expanding gay rights, this is the first time it spoke directly about the legal protections for transgender individuals.

That the ruling comes out just days after the Trump administration announced it was removing transgender health-insurance protections only puts the issue in stark relief.

Transgender rights is becoming a political battlefield, and a majority of the Supreme Court just announced which side it’s on.

LGBT advocates hailed the decision as the end of people hiding their sexuality at work.

“I am glad the court recognised that what happened to me is wrong and illegal,” Stephens said. “I am thankful that the court said my transgender siblings and I have a place in our laws – it made me feel safer and more included in our society.”

But the Alliance Defending Freedom, a conservative Christian non-profit that asked the court to hear Stephens’ case, said it was disappointed in the ruling.

It warned it would “create chaos and enormous unfairness for women and girls in athletics, women’s shelters and many other contexts”.

In his opinion, Gorsuch said such matters were not before the court.

“The only question before us is whether an employer who fires someone for being homosexual or transgender has discharged or otherwise discriminated against that individual ‘because of such individual’s sex’,” he wrote.

The answer, he said, was “clear” – even if such a scenario had not been anticipated when the law was written.

“It is impossible to discriminate against a person for being homosexual or transgender without discriminating against that individual based on sex,” he wrote.

The ruling resolves three cases brought by people who said they had been fired after their employers learned they were gay or transgender.

Stephens had previously presented as a man at work for six years before writing a letter to colleagues saying she would return to work “as my true self, Aimee Australia Stephens, in appropriate business attire”.

Two weeks later, Stephens was fired for insisting in working in women’s clothes.

In a court filing last year, the funeral home owner argued it wanted Ms Stephens to comply with a dress code “applicable to Stephens’ biological sex”.

A lower court sided with Stephens.

Donald Zarda, a skydiving instructor from New York who died in a skydiving accident in 2014, had filed one of the other cases.

He was dismissed after joking with a female client with whom he was tandem-diving not to worry about the close physical contact because he was “100% gay”.

The company maintained he was fired because he shared personal information with a client, not because he was gay, but a court in New York ruled in Zarda’s favour.

His employer, Clayton County, said his dismissal was the result of “conduct unbecoming of a county employee”.

Bostock lost his discrimination case in a federal court in Atlanta.