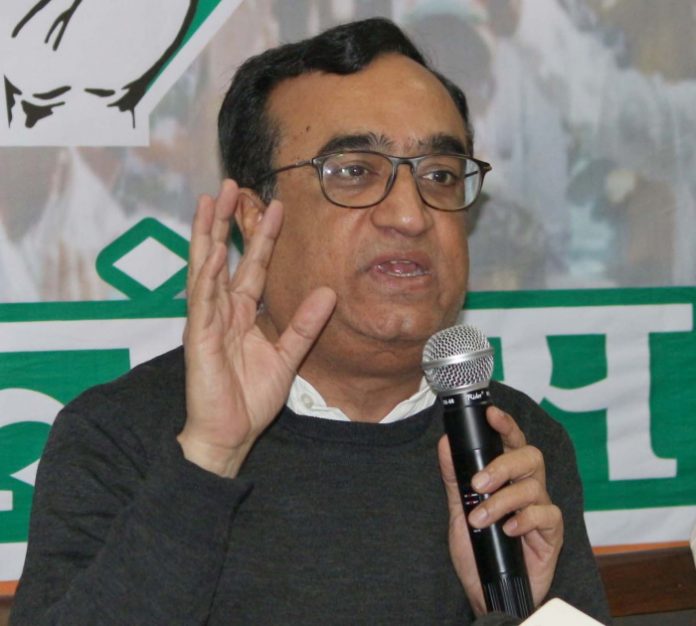 The Congress party has appointed Ajay Maken as an observer to supervise the political situation in Manipur after the BJP government was reduced to a minority there following the withdrawal of support by MLAs.

Congress has staked claim to form the government in the state and has sought the removal of the speaker.

The latest political development comes a day after the three-year-old BJP-led coalition government in Manipur headed by Chief Minister N. Biren Singh was on Wednesday night pushed into a political crisis as three BJP MLAs quit the party and joined the Congress and six Legislators — four of National People’s Party (NPP), one Trinamool and an independent — withdrew support.

“We have told the Governor that the Congress, in alliance with the other parties and Independents, is now capable of forming a secular government headed by three-time Chief Minister Okram Ibobi Singh. We have handed over a letter signed by Okram Ibobi Singh to the Governor.”

After the latest political development, the strength of the BJP-led alliance government has been reduced to a minority in the Assembly, effective strength of which is 59 after Shyamkumar Singh, who had defected to the BJP from Congress, was disqualified.

All UP government promises for jobs to youths turned to be empty, says Priyanka