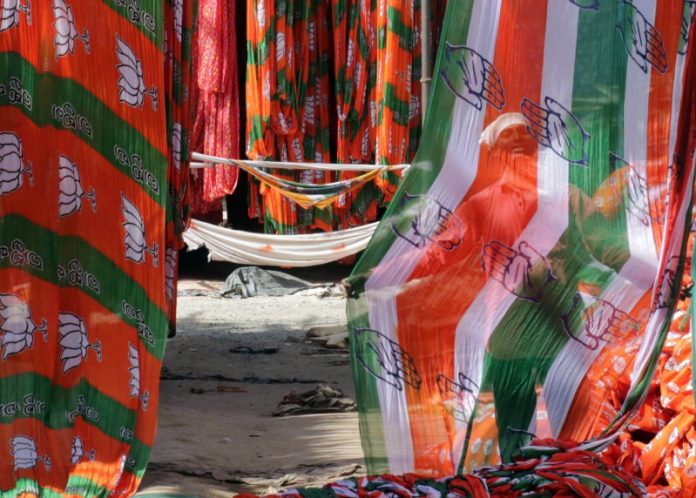 The Congress won two Rajya Sabha seats in Rajasthan while the Bharatiya Janata Party won one in the biennial elections held on Friday.

Congress candidates KC Venugopal and Neeraj Dangi, and BJP’s Rajendra Gehlot were declared the winners to the Rajya Sabha by Returning Officer and Assembly Secretary PK Mathur after the votes were counted.

Out of Rajasthan’s 200 assembly members, two did not turn up for the voting.

The two MLAs who did not turn up for the polls were Congress Minister Bhanwar Lal Meghwal, who has been recuperating at a hospital in Gurugram for over a month and Dungargarh CPI (M) MLA Girdhari Lal who was unwell.

The election was prompted by the seats being vacated by three BJP Members of Parliament from the Rajya Sabha — Narayan Lal Panchariya, Ram Narain Dudi and Vijay Goel — after their terms ended on April 9, 2020.

The elections were initially scheduled for March 26 but were postponed because of the lockdown announced nationwide to slow the spread of coronavirus.

Chief minister Ashok Gehlot tweeted saying, “Congratulations to Congress national general secretary KC Venugopal ji and Neeraj Dangi ji for winning #RajyaSabhaElections from #Rajasthan. It is a victory of the ideology, policies and programmes of Congress Party under the leadership of CP Smt. #SoniaGandhi ji.

“My compliments to all MLAs from other parties & Independents, who voted for our candidates & who remained firm in supporting us despite several attempts by the BJP to lure them.

“We are happy that together we ensured those forces, which plotted to disrupt the democratic process on the basis of money power get defeated.”