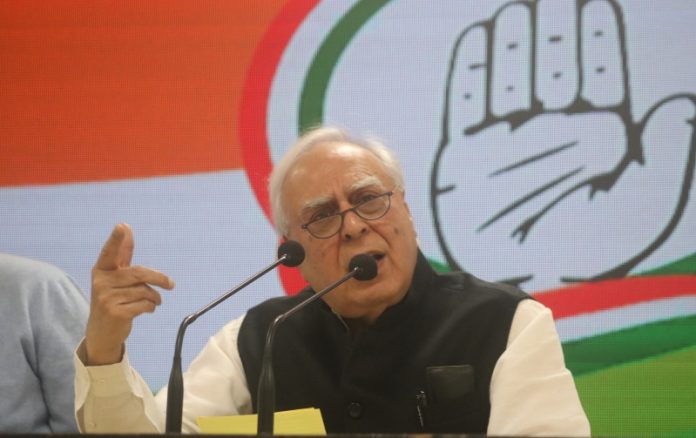 The Congress on Sunday slammed Prime Minister Narendra Modi over the statement he made at the all-party meeting and then on the PMO’s clarification on the statement, demanding an explanation from him.

Senior Congress leader Kapil Sibal, in a press conference, asked: “Has not the PM in a way endorsed the Chinese position that they never intruded into our territories? PM must explain.”

The Congress alleged that the Prime Minister has contradicted his own ministers. “It is clear that Prime Minister’s statement of June 19, 2020 is in contradiction of the statements made by the Defence Minister, Foreign Affairs Minister and Army Chief,” Sibal said.

“Until the Chinese retreat and status quo is restored, our Government should not let up or appear to cede any part of these territories to the Chinese,” he further said.

The Congress asked, despite the statement of security experts, army generals & satellite imagery depicting Chinese intrusion into Pangong Tso Lake up to nearly eight km, construction of over 60 permanent structures, including bunkers and boat pads & occupation up to Finger 4, why is the government denying the brazen Chinese transgression?

The Congress leader raised the issue of the PM’s statement in the all-party meeting that “no one intruded into our territory” and asked “Why did PMO delete these words from the official statement?

“And if no one intruded into our territory, how did our 20 soldiers die? How were 85 jawans seriously injured and how were 10 officers and jawans captured by the Chinese? Why does the statement of the External Affairs Ministry dated June 20, 2020, contradict the PM’s statement on incursions by the Chinese?”

The party asked why the Prime Minister was denying his own Defence Minister and External Affairs Minister’s statements that Chinese have sought to “erect structure in the Galwan Valley on our side?

“Why is PM refuting the statement of Raksha Mantri on ‘Chinese presence in large numbers’ and EAM’s statement that we seek to restore ‘status quo ante’? Didn’t the Army Chief clearly state that ‘disengagement’ is underway? If ‘no one has intruded into our territory’ and ‘no one is occupying our territory’, what was being erected by China or what status quo ante or disengagement were we seeking?

“Our territorial integrity will not be compromised under any circumstances. We will repulse every sinister design of China to usurp India’s territory. Any attempt by China to illegally appropriate India’s territory will be repelled. India’s forces have in the last 53 years successfully repulsed all attempts by China to foray across the LAC – Be it in 1967 in Nathu La, in 1986 in Sum Dorong Chu Valley, Arunachal Pradesh or in 2013 in the Depsang Valley in Ladakh.

You can now set Alexa as Default Voice Assistant on Android