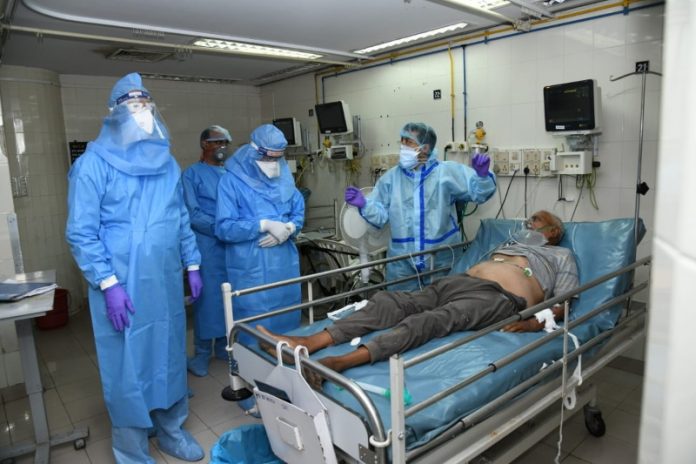 Maharashtra on Saturday notched a single-day high of 3,874 coronavirus cases — up from peak 3,827 a day earlier — even as state capital Mumbai recorded its new high of 136 deaths in a day out of total 160 fatalities in the state.

For most days in June, the state has recorded three-digit deaths and 3K plus in new patients daily.

This comes to roughly one death every 9 minutes, and a whopping 161 new cases notched every hour in the state, with a mortality (death) rate of 4.67 per cent, causing big worries.

Ten more deaths were reported in Nashik, 6 in Aurangabad, 5 in Pune, and one each in Beed, Jalna and Solapur.

There was a surprise from Dharavi – Asia’s biggest slum – which recorded only 7 new cases, taking the total cases to 2,158. The fatalities total 79.

The MMR (Thane division) remains an issue of concern with 4,413 Covid-19 deaths, and positive cases totalling 94,165.

Thane – with 23,212 cases and 675 fatalities – has emerged as the second worst-hit district after Mumbai in the state, but did not record any fatality for the second consecutive day.

Pune district has dropped to the third position with 15,286 patients and 615 deaths till now. Yet, Pune division ranks second (after MMR) with 18,287 patients and 834 deaths.

However, the Pune district on Saturday recorded a lower death toll of 587 compared with 610 on June 19, with Pune division’s fatalities 797 compared with 829 on Friday.

There has been a similar inexplicable drop in death toll figures for other divisions, but officials were not available for comments on the matter.