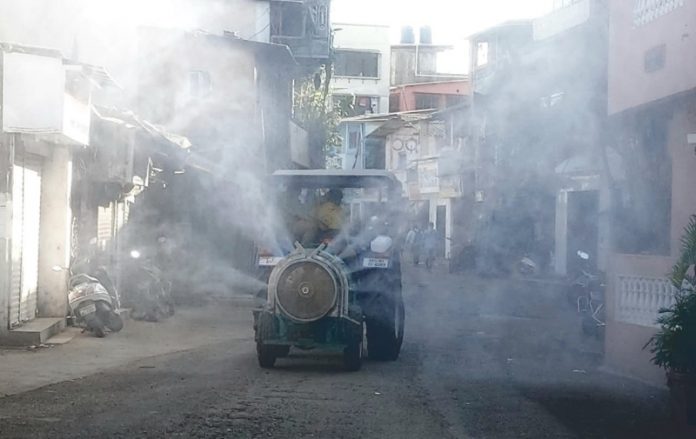 With the Dharavi tensions receding, the BrihanMumbai Municipal Corporation (BMC) has trained its guns on Covid-19 spread in north Mumbai with ‘Mission Zero’ under the public-private-partnership, according to Municipal Commissioner I.S. Chahal here on Monday.

The ‘Mission Zero’ involves a rapid action plan with 50 mobile dispensaries with doctors and all facilities. They will move around in the suburbs of Bhandup-Mulund (north-eastern) and Dahisar-Borivali-Kandivali-Malad (north-western) to identify and treat Covid-19 patients for two-three weeks.

He kicked off the ‘Mission Zero’ at the Andheri Sports Club. The event was attended by top officials, like Additional Municipal Commissioner Ashwini Bhide, BJS’ Shantilal Mutha, CREDAI-MCHI’s Dharmesh Jain, Nainesh Shah, Nayan Shah and Depak Goradiya and representatives of the BMGF and Desh Apnayen’s Vallabh Bhansali, among others.

Under its ‘Chase the Virus’ initiative, the BMC has contained the doubling period (of coronavirus cases) at 36 days. As the civic body plans to increase the doubling period to 50 days, Dharavi, the city’s ticking time-bomb, has notched an astounding 78 days doubling time.

Chahal said in the north-eastern and north-western suburbs, the doubling period was even lower than the city average of 36 days with an increasing rate of infections.

With the Unlockdown 1.0 and start of the monsoon season, the number of Covid-19 cases are expected to increase, but Chahal said there would be no shortage of hospital beds.