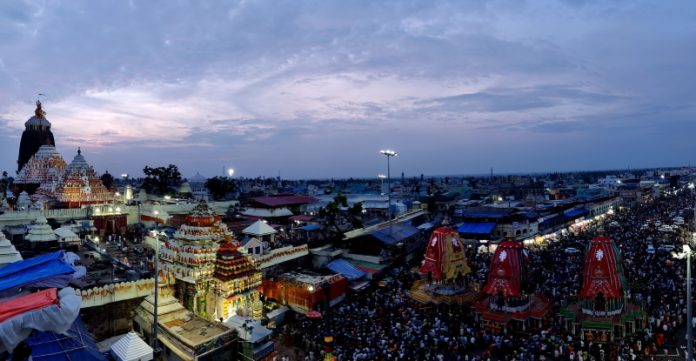 The Odisha government has imposed a complete shutdown in Puri district from 9 p.m. on Monday till 2 p.m. on Wednesday to hold the Rath Yatra without devotees by adhering to the COVID-19 guidelines.

Special Relief Commissioner (SRC) Pradeep Jena, in an order, said that no passenger train and private or public buses other than those carrying personnel on government duty/police and vehicles on emergency services will be allowed entry into the jurisdiction of Puri district during the period.

Director General of Police Abhay said at least 50 platoons of security personnel will be mobilised for the smooth conduct of the car festival on Tuesday.

Appealing to the people not to visit Bada Danda (Grand Road) on the occasion of the Rath Yatra, he said all entry points to Puri will be sealed to prevent the congregation of people.

Chief Minister Naveen Patnaik, in a meeting through video conferencing, reviewed the preparations for the festival.

He said the Odisha government and the temple administration are fully geared up for the festival.

Elaborate preparations have been made for the celebration of the Rath Yatra while strictly adhering to the COVID-19 guidelines.

He also expressed his gratitude to the Supreme Court for allowing the Rath Yatra and thanked the Central government for extending help.

The Puri district administration is making arrangements for the live telecast of the annual festival to enable the devotees to watch it from their homes.

“Bhabagrahi Mahaprabhu Shree Jagannatha has answered the fervent prayers of countless devotees around the world. I am indebted to Hon’ble Supreme Court for re-considering it’s earlier decision and permitting conduct of the world famous Ratha Jatra in Puri. I thank the Central and State Governments for their support in making possible this historical event,” said Gajapati.