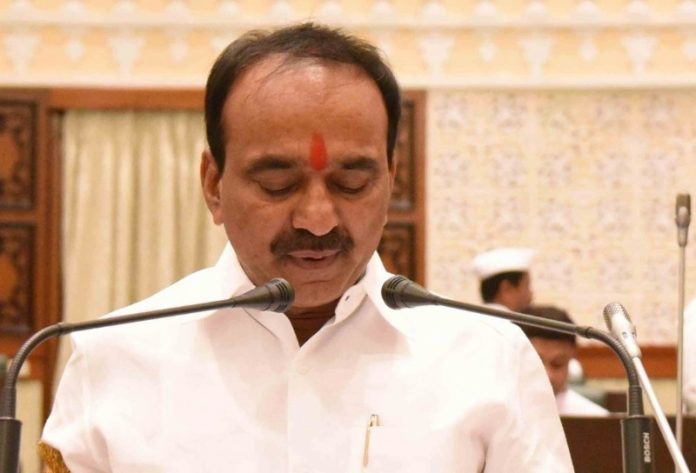 Stepping up the attack on the Centre, Telangana Health Minister E. Rajender on Monday said its fight against coronavirus is confined to clapping and lighting lamps.

On a day when the Bharatiya Janata Party (BJP) organized state-wide protests over Telangana government’s failure in containing the spread of Covid-19, the minister intensified his attack on the BJP-led Central government.

“Without giving funds to contain coronavirus and treat the patients, the Centre is washing its hands off by asking people to clap and light lamps,” the minister said referring to Prime Minister Narendra Modi’s calls for clapping to express solidarity towards doctors and other frontline workers and lighting the lamps to show unity in the fight against coronavirus.

Chief Minister K. Chandrashekhar Rao had not only backed Modi’s calls but also took part in the programmes on March 22 and April 5.

BJP State President Bandi Sanjay had stated earlier in the day that the Centre provided Rs 1,000 crore and asked the TRS government to explain where the money was spent.

Rajender said while the state government was making all efforts to contain the spread of Covid-19, some leaders were playing cheap politics. “Staging dharnas in front of hospitals for politics is shameful,” he said referring to BJP’s protest on Monday.

The Health Minister said the BJP leaders who were criticising the state government for conducting fewer tests should know how their government at the Centre diverted a machine meant for Telangana.

He said Telangana was the first state in the country to order COBAS 8800 machine which has the capacity to do 3,500 to 4,000 tests every day. The state had ordered three machines but the first machine to reach the country was diverted to West Bengal.

He released to the media copies of the letter from Indian Council of Medical Research (ICMR) to Roche Diagnostics to send the machine to Kolkata for installation at National Institute of Cholera and Enteric Diseases (NICED).

The machine was originally meant for installation at the Nizam’s Institute of Medical Sciences (NIMS) in Hyderabad.

Roche Diagnostics in a letter dated June 14 informed the Telangana authorities that ICMR directed them to divert the machine to NICED, Kolkata considering the national emergency and pandemic scenario.