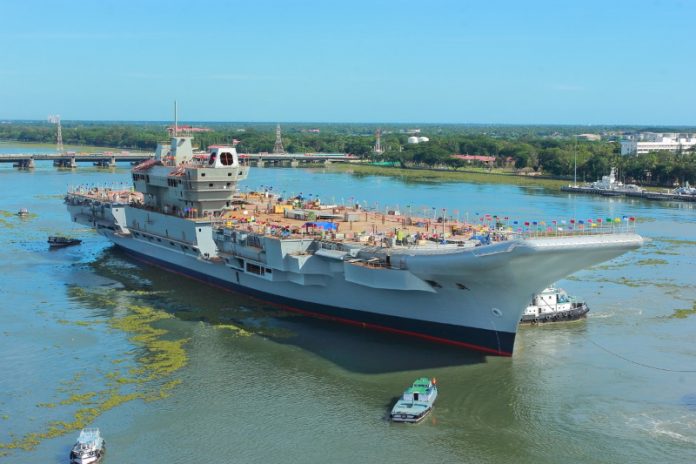 An NIA team probing the theft of computer parts from the under-construction Indigenous Aircraft Carrier (IAC) at the Cochin Shipyard Ltd on Wednesday recovered the processors from a person who had brought the gadgets from the two arrested thieves.

In September last year, theft on board ‘INS Vikrant’ had surfaced. Kerala Police had registered a case of criminal trespass and theft of critical electronic components installed onboard the IAC following a complaint by the Cochin Shipyard authorities.

The NIA took over the probe on September 26, 2019, following national security concerns since sensitive information was stored in these hard disks.

The NIA had arrested two suspects from Bihar and Rajasthan this month. The arrested accused Sumit Kumar Singh, 23, of Munger district, and Daya Ram, 22, of Hanumangarh were engaged in painting activities when they committed the crime.

After their arrest, the NIA team had brought the two here and continued with its probe.

According to NIA officials, four computers were dismantled and their hardware stolen, including five micro-processors, 10 RAMs, five Solid State Drives (SSDs), from the Multi-Functional Consoles (MFCs) aboard the ship.

By now, the NIA team has recovered all stolen parts of the computers.

INS Vikrant is the first indigenous aircraft carrier of the Indian Navy. The work on the ship’s design began in 1999, and the keel was laid in February 2009. As of 2019, the ship is expected to start sea trials in February 2021 and enter active service as early as 2023. The project cost has neared Rs 20,000 crore.

With the completion of INS Vikrant, India will join the ranks of the US, UK, Russia, France and China in the construction of aircraft carriers.