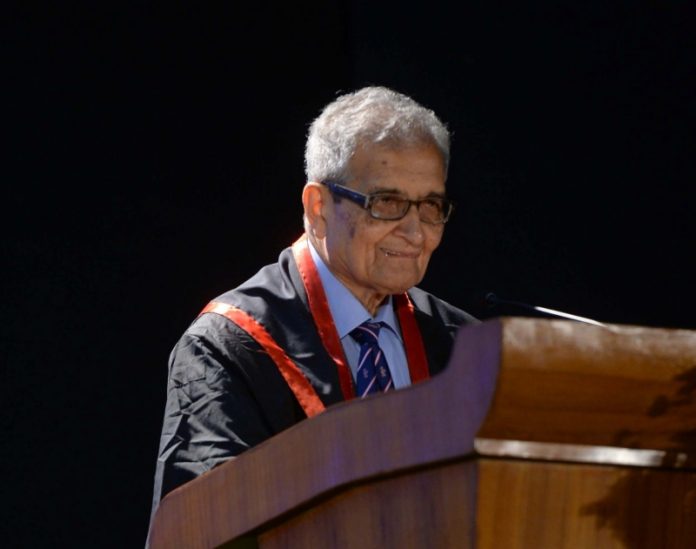 Nobel laureate Amartya Sen and eminent US political activist Noam Chomsky on Friday applauded the efforts of Kerala in the fight against the Covid-19 pandemic.

Both of them were speaking online while taking part in the debate series, ‘Kerala Dialogue’ organised by the Kerala government.

Sen said the main reason why Kerala has done a good job is because of the giant strides Kerala has made in public education and the health sector.

“Kerala can take pride in the way they have handled the COVID pandemic. But one doubts if the way the lockdown was imposed in the country was right. There was no discussion either with the political parties or with the public,” said Sen and added that Kerala over the years has proved many wrong as today it has the highest per capital expenditure and has a high per capita income also.

Chomsky said that very few places handled the pandemic like Kerala did.

“Vietnam was one country and they managed to fight the pandemic without registering a single death and it should be remembered that they share 1,400 km of border with China. South Korea also handled it well so did countries like New Zealand and Taiwan, but the US failed to handle it and the death toll is one lakh and is rising,” said Chomsky and added that new world order is possible in the post-COVID era.