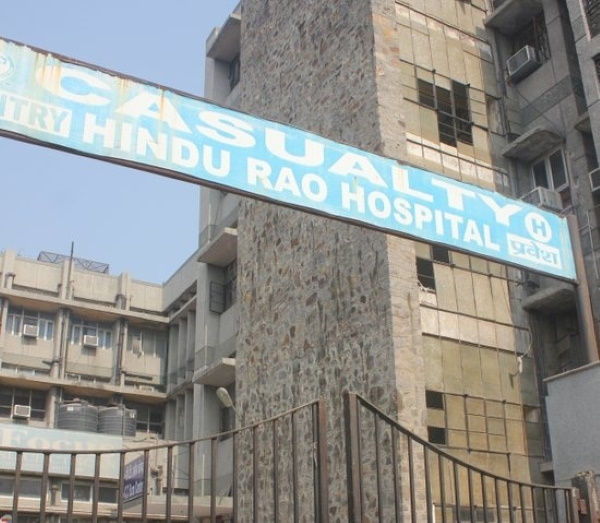 Over 700 employees of Hindu Rao Hospital would stage a protest against North Delhi Municipal Corporation on Friday morning over non-payment of their salaries since April. The staff includes paramedical, nurses, and Class IV employees of the hospital. However, the employees said that only 40 or 50 people would gather to stage the protest keeping COVID situation in mind, and the norms of social distancing would also be followed.

Tejinder Singh, president of the Paramedical technical staff welfare association, said that the corporation is forcing the employees to go on a protest when they are needed the most. “The government hails us as Corona warriors but do not treat us like one,” he commented.

“We all have families. Many amongst us have taken loans, live on rental accommodation, and have children whose schools and colleges are demanding fees. How would we incur our expenses when we are not paid? We repeatedly asked the corporation to clear our dues, but our requests fell on deaf ears. We don’t have any option but to go on protest,” he said.

Besides, Singh also said that the staff of Hindu Rao had not received arrears of seventh pay commission, bonus and dearness allowances for two years. “These are our rights which we are being denied. The protest is to call out injustice and ignorance we face from the administration,” he added.

The nurses of the hospital corroborated with Singh. However, they also added the issues they are facing since the pandemic started that they would be rising through the protest.

Indumati Jaiswal, president of nurses’ welfare association of the hospital, said that apart from salaries, the hospital is not providing many facilities required by the staff to battle the pandemic. The Delhi government had designated the hospital as a dedicated COVID facility on June 16.

“The preparedness for such responsibility is completely shoddy. There is no provision for air conditioners and coolers for us. We have to work wearing PPE kits for six hours straight under ceiling fans. The lack of AC and coolers amplifies our struggle to stay under PPE kits for longer hours. We can’t even drink water in that duration. It’s just inhumane,” Jaiswal said.

Jaiswal also said that the hospital is facing staff crunch, yet, have not prepared a roster for the nurses. “The hospital has 238 nurses on 700 doctors. This is opposite to the prescribed guidelines of the Indian Nurses Council that suggests four nurses per doctor as a healthy ratio. Here, we have less than five nurses per doctor. A complete opposite of an ideal scenario,” she complained.

Jaiswal said that the room for donning and doffing the PPE kits should be outside the ward. “In the hospital, it’s within the ward, and the nurses have to cross through the patients to wear in and out the PPE suits. It increases the risk of contracting COVID-19 from the patients,” she said.

The hospital employees informed that more than 40 healthcare workers from Hindu Rao had contracted the COVID-19 infection.

The corporation argues lack of funds behind delay in salaries

Indu Singhal, the deputy commissioner of North Delhi Municipal Commissioner, told IANS that the corporation is in the process to resolve the salary issues of the Hindu Rao Hospital’s staff. “We have received their complaints and pursuing the matter. We will release their dues as soon as we receive the funds from the government,” she said.

Singhal said that the dispersion of salaries starts from the lower base. “Many officers, including I have not been paid,” she added.