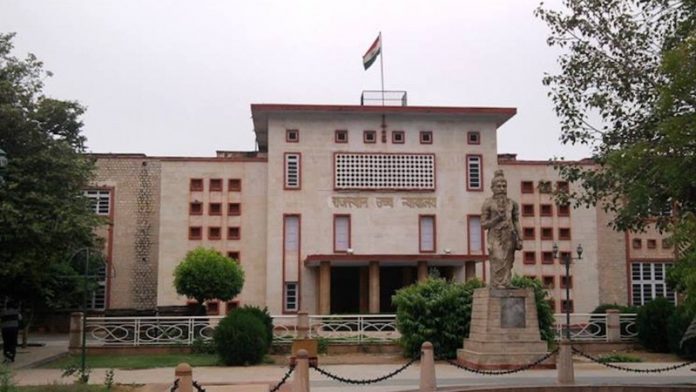 In a letter to interim Congress President Sonia Gandhi, nearly 600 Dalit activists, scholars and well-wishers have urged to remove Manu’s statue from the premises of the Rajasthan High Court, saying the statue is an “insult to the Indian Constitution and Dalits”.

“We are writing this letter because we believe that as the President of the Indian National Congress, which has the government in power in Rajasthan, you have the required power to take a step which would prove historic in strengthening the Dalit movement for equality,” said the letter written by Martin Macwan, founder of Navsarjan Trust, a grassroots Dalit organisation based out of Gujarat.

He said the statue of Manu is “an insult to the Indian Constitution as well as Dalits, women and all those who believe in equality and justice”.

According to Hindu mythology, Manu is the progenitor of mankind and the author of the controversial ‘Manusmriti’, which codifies the rights and duties of various social groups.

Macwan wrote that the statue is a symbol of an oppressive past and harks to the reality of Dalits and women in India, whose lives are still affected by the discriminatory laws put down by Manu in Manusmriti.

The text is known to have formalised regulations around the caste system and the patriarchal values often propagated in Hindu tradition.

“Moreover, the law of Manu stands in total contradiction to what the Indian Constitution has committed itself to, while the latter upholds equality and fraternity, social justice and freedom, the former indulges in archaic teaching about inequality and social segregation, hierarchy and division, injustice and servitude.

“That this country has tolerated this contradiction for 73 years post-Independence is testimony to our failure to live by the invaluable heritage of the Constitution bequeathed to us by Dr Ambedkar and the Constitution-makers,” the letter said.

The statue, built in 1989 by the Rajasthan Judicial Officers Association, has withstood several protests, court cases and even an order by judges to remove it.

Members of the Navsarjan Trust have given an ultimatum to the Congress government in Rajasthan, stating that if the statue is not removed by August 15, they will call for agitation.