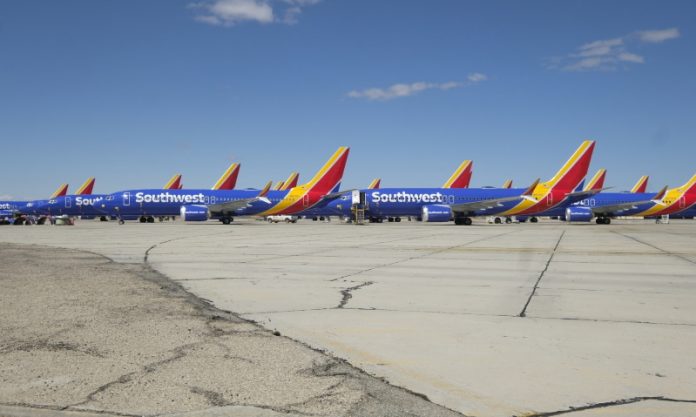 American airplane giant has received approval from the US Federal Aviation Administration (FAA), to start test flights of its globally grounded 737 MAX fleet to demonstrate that it can now fly safely with the new flight control software.

The flights, which could begin as early as Monday, according to different local media reports, will represent an important step in the company’s effort to return its best-selling aircraft to the air, reports Efe news.

“Testing is expected to take several days, and will include a wide array of flight manoeuvres and emergency procedures to enable the agency to assess whether the changes meet FAA certification standards,” the agency said in an email sent to the House and Senate committees overseeing aviation on Sunday.

The MAX 737 certification flights will be conducted by FAA pilots and are likely to be carried out in the Seattle area, where the aircraft is being manufactured.

A top Boeing test pilot will also be present on the flights.

Even if the flights are successful, it could still be months before the planes are deemed ready to fly again.

In the event that the FAA identifies more problems, Boeing may need to make additional changes.

More than 800 737 MAX jets have been globally grounded since mid-March 2019 after investigators found flawed flight control software on the aircraft was partially responsible for two crashes in Indonesia and Ethiopia that together killed 346 people.

This crisis has cost Boeing billions of dollars, including the compensation it must pay to victims and airlines.

It also led to the dismissal of the company’s CEO, Dennis Muilenburg, and raised questions about the trustworthiness of the company and FAA owing to the rush to approve and begin production of the Max.

Boeing posted a net loss of $641 million in the first quarter of 2020, compared with $2.15 billion in profit in the same three-month period last year, as the COVID-19 pandemic and the worldwide grounding of its 737 MAX aircraft took a heavy toll on its business.

The Chicago-based company has also announced that it plans to slash 10 per cent of its workforce and reduce the production of several of its commercial jet models, including the 737 MAX.