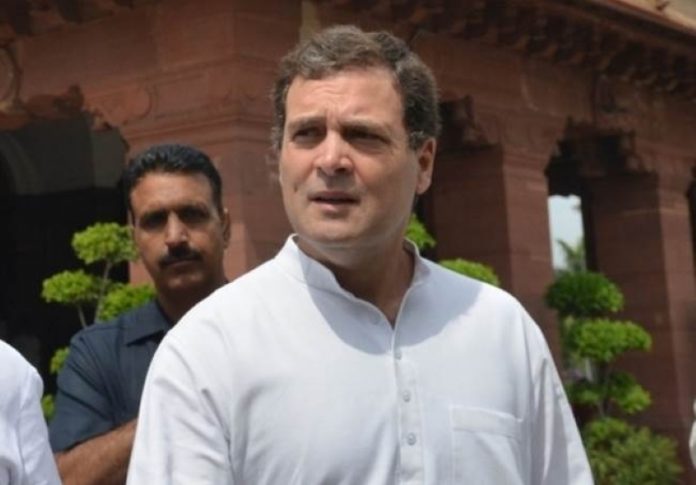 Congress leader Rahul Gandhi on Monday again took a swipe at the Central government for the rising fuel prices and urged people to join the campaign against it.

The former Congress party chief took to Twitter to show his resentment and stated, “Come and join #SpeakUpAgainstFuelHike campaign.” This came after the state-run oil marketing companies raised the prices of petrol and diesel on Monday, a day after there was no hike in rates that were increasing continuously for three weeks.

Rahul Gandhi also shared a video wherein a person could be heard saying that the government is “rubbing salt on the wounds of people” by increasing the prices at a time when people are either unemployed or not receiving salaries.

“Amid coronavirus pandemic and tensions with China, the Centre has left the common man to fend for themselves. It is looting the country by increasing the price of petrol and diesel from the past 21 days. The poor and middle-class people are helpless,” the video narrated.

The video, shared by Rahul Gandhi, went on to urge the people to raise their voice against the hike so that it lands on the “deaf ears of the government”. The narrator asked countrymen to share the video of disgruntled people with the #SpeakUpAgainstFuelHike hashtag on their social media handles from 10 a.m. onwards on Monday.

At the outset, the Congress party has also decided to launch a five-day protest, starting June 30, against fuel price hike in each block of the country. The party would also hold protests, between 11 a.m. and 12 noon on Monday in front of the Central government offices against the fuel price hike, said senior Congress leader K.C. Venugopal on Sunday.