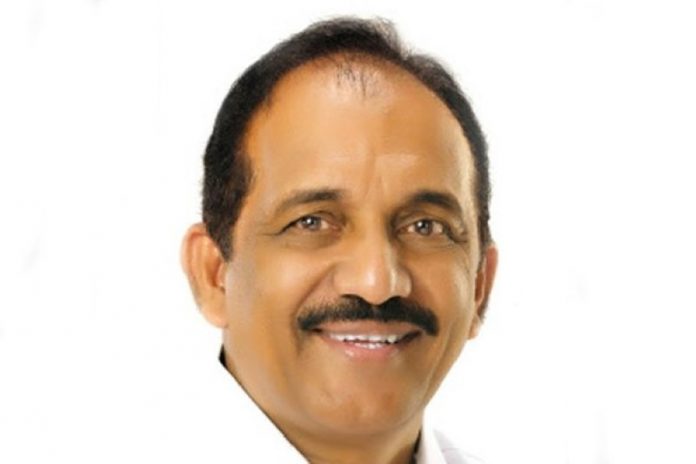 On expected lines, the Congress-led United Democratic Front (UDF) on Monday booted out its ally — Kerala Congress (Mani) for defying its directive to vacate the president post of the Kottayam district panchayat.

Reading out the suspension of Kerala Congress (Mani), UDF convenor and Congress MP Benny Behanan said the Jose K. Mani faction in the UDF has been expelled from the UDF.

“Numerous discussions on this topic were held and a lot of time was given to them to abide by the directives of the UDF. Before coming to this fresh decision, we held talks with all the UDF leaders and everyone was unanimous that there should be no room for anyone who does not abide by the UDF directions. From now on they will not be invited to the UDF,” said Behanan.

Incidentally, the erstwhile Kerala Congress (Mani) comprises of two factions — one presently led by Mani and the other led by veteran legislator P.J. Joseph and practically for all purposes for the past one year they have been functioning as two different entities.

Kerala Congress (Mani) after the 2016 assembly polls had six legislators with both Mani and Joseph having three each, but with the passing away of K.M. Mani in 2019, trouble broke out between the two factions and it worsened when Jose K. Mani’s handpicked candidate lost the Pala assembly by-election, a seat held by the late Mani for 52 years.

The differences of opinion between the two factions worsened after Joseph raised the issue of getting the post of the president of the district panchayat of Kottayam for his faction, which Jose K. Mani said won’t be given up as there was no written agreement for sharing it.

For the past two months, Joseph was demanding that it’s the responsibility of the Congress-led UDF to intervene and get the post, which was part of an agreement.

Soon after the 2016 assembly elections, Mani Sr, sprang a surprise when he announced that he is leaving the UDF as they were not treated properly and despite making sincere attempts to make an entry to the ruling CPI-M led LDF, two years later, Mani Sr decided to return to the UDF.

The UDF then decided to welcome Mani Sr and a Rajya Sabha seat was offered to their party and soon Jose K. Mani, who had more than a year left as Kottayam Lok Sabha member, resigned and got elected to the Upper House, much to the displeasure of numerous UDF leaders.

Reacting to the expulsion of his faction from the UDF, Jose K. Mani, who was greeted with the shouting of slogans by his party workers when he arrived at his office in Kottayam, told the media that this act of the UDF is against K.M. Mani who was one of the founding members of the UDF 38 years back.

“This ousting is unlawful and not in tune with political morality. We were not given fair justice as there was no written agreement to hand over the president’s post. If this sword of indiscipline is slashed on us, Joseph should have been ousted not once but several times by now. Joseph created so much havoc when the Pala by-election was held after the demise of K.M. Mani. What happened now is selective justice, which is injustice,” said Jose K. Mani adding that he has called a meeting of party leaders on Tuesday as his prestige is at stake.

In Kerala, the political canvas over the years is when one party gets booted out from one political front, a door opens from the other front and for Jose K. Mani, the BJP-led NDA has welcomed him to join ranks with them.

The CPI-M led LDF however was more guarded in response. It’s convenor A. Vijayaraghavan said it’s too early and the only thing what has now surfaced is trouble has broken out in the UDF.

“At the moment no door is open or closed. More things have to surface for any decision to be taken, as at the moment things are too early,” said Vijayaraghavan.

Now all eyes are on the way the CPI-M sees this new development as the local body elections are to be held in October and the grand finale – the assembly polls in May 2021.

The ‘unified’ Kerala Congress (Mani) though does not have a pan-Kerala presence, it’s a force in Kottayam and Idukki districts and it remains to be seen how the CPI-M views this.

During the period 2011-16 huge protests were unleashed against K.M. Mani, who had to resign as Finance Minister in 2015, over allegations of corruption.

And when he presented his 13th budget in the Kerala Assembly, the CPI-M led LDF, then in the opposition, had created the worst ever unruly scenes on the floor of the assembly and he amidst huge ruckus presented the budget in a minute.

So it remains to be seen the political morality of the Left when it sits down to discuss this new development.

Another Building Collapses in Ghaziabad