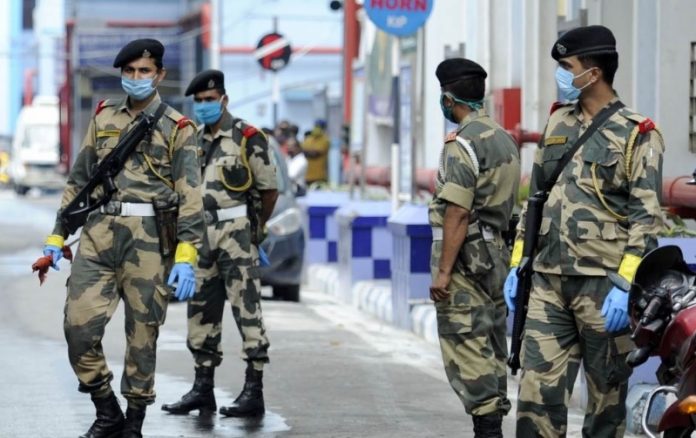 The Border Security Force breached the four-digit-mark in terms of the number of coronavirus or COVID-19 cases on Tuesday when 53 more troops tested positive for the virus in the last 24 hours, taking the total tally to 1,018 in the paramilitary wing.

As per official data updated on Tuesday, a total of 354 active cases have been reported in the Border Security Force (BSF) so far. The number of recovered troops in the force, however, stands at 659.

A total of four BSF personnel have succumbed due to the infection while one died in a road accident on June 20 and he was later declared COVID-19 positive.

All of the active cases in the force are under treatment at designated COVID health care hospitals, the BSF informed on Tuesday.

Established on December 1, 1965, BSF is a Central Armed Police Force (CAPF) under the administrative control of the Ministry of Home Affairs. With force strength of over 2.5 lakh personnel, the BSF is mandated to guard 4,096 km India-Bangladesh and 3,323 km India-Pakistan borders.