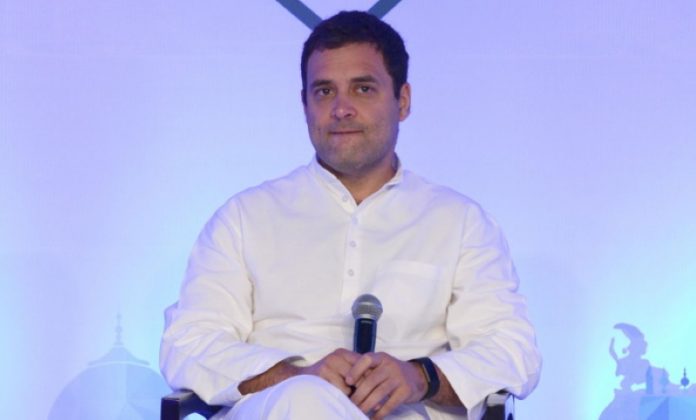 As part of the series of interactions, Congress leader Rahul Gandhi will hold a conversation on Wednesday with nurses at the front-line of the battle against Covid-19.

“Tomorrow 10 AM onwards, across all my social media platforms, watch my conversation with Indian Nurses from around the world, who are on the frontline of the battle against #Covid19,” Rahul Gandhi tweeted on Tuesday.

The most recent interaction was with Nicholas Burns, professor of diplomacy at Harvard’s Kennedy School, on June 12 on the impact of Covid-19 on the world order. At the conversation, Burns said, “We are not looking for a conflict with China, but waging of a battle of ideas with China.”

Attacking Prime Minister Narendra Modi during the day, Rahul Gandhi said, “Coronavirus has caused irreversible damage to the poor, middle and salaried classes; we have demanded the government to implement NYAY scheme even if it is for six months. The government should transfer Rs 7,500 per month to accounts of the poor.”

He also attacked the central government for raising fuel prices in the last three weeks, since June 7.