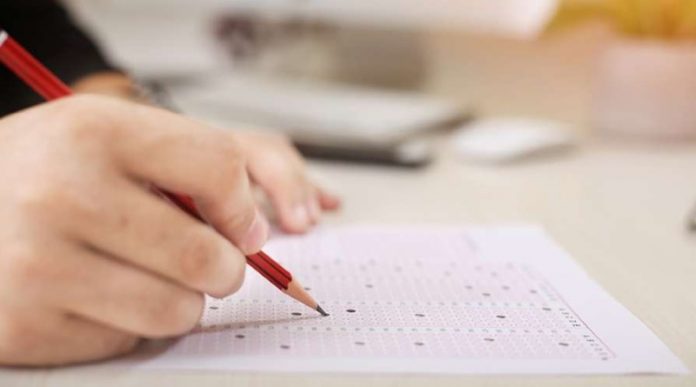 The Telangana government on Tuesday decided to postpone all the Common Entrance Examinations (CETs) for admission to various professional courses in the state, in view of the Covid-19 pandemic.

The CETs, including the Telangana State Engineering, Agriculture and Medical Common Entrance Test (TS EAMCET) 2020 were scheduled to begin from Wednesday.

The government conveyed its decision to the Telangana High Court during the hearing of a Public Interest Litigation (PIL), seeking direction to postpone the examinations.

Congress-affiliated National Students Union of India’s (NSUI) state chief Venkat Balmoor had filed a PIL, seeking direction to the government to postpone the CETs in view of the increasing number of Covid-19 cases in the state.

The high court, while hearing the petition, asked the government to clear the air on the likely re-imposition of lockdown in Hyderabad. It wondered how the government would conduct the examinations by re-imposing the lockdown.

Advocate General B.S. Prasad conveyed to the court that the re-imposing lockdown depends on the cabinet decision. He said the cabinet meet would be held in a day or two.

He then submitted to the court that he will discuss the issue of postponement of examinations with the Chief Secretary and inform the court. After the lunch break, the government informed the court that it is postponing the examinations. The new dates will be announced later.

The government also announced the postponement of typewriting examinations scheduled on July 4, 11 and 12.

Jawaharlal Nehru Technological University (JNTU), Hyderabad informed the court that it has no proposal to conduct the exams for engineering final semester. It recommended grading the students on the basis of their performance in the two previous semesters. The Telangana State Higher Education Council will take a final decision.

The court directed the Higher Education Council and JNTU-H to give clarity on conducting undergraduate and postgraduate examinations by July 9.