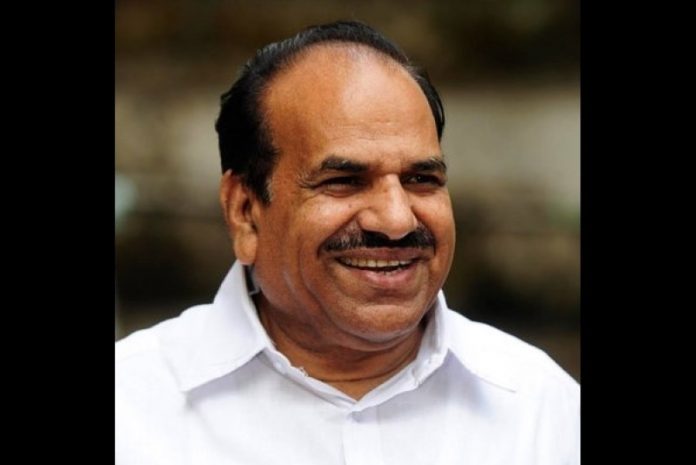 While discussions continue whether the party founded by late K.M. Mani — Kerala Congress (Mani) if they have been ousted or suspended from the Congress-led United Democratic Front (UDF) for defying its directive to vacate the president post of the Kottayam district panchayat, the statements from the ruling CPI-M led Left Democratic Front (LDF) appears to have brought a fresh air for Jose K. Mani, son of K.M. Mani.

In an article, State CPI-M secretary Kodiyeri Balakrishnan wrote that Mani’s party is one which has a base and with a following.

Soon came another similar statement from the LDF convenor A. Vijayaraghavan when he said Mani’s party has been in politics in the state for a long time.

“In the LDF we will definitely discuss the latest political issues in the state,” said Vijayaraghavan.

The CPI-M state secretariat is meeting here on Friday and the issue of Jose K. Mani will be discussed and once it’s done, it will then come up in the LDF.

Responding to the fresh developments in the LDF, Jose K. Mani said that he is happy to hear these statements.

“What they said is a fact and all know what the real situation is. Let me make one thing clear, our party has now decided to strengthen the base at all levels and no political discussions have taken place. Though it’s our party that has got a raw deal from the UDF, the real thing is, the UDF has ousted Mani Sir — a founder of the UDF who remained steadfast for long years,” said Jose K. Mani.

The new discussions surfaced after UDF chairman and Leader of Opposition Ramesh Chennithala on Wednesday clarified that Jose K. Mani’s faction has never been ousted, but only barred from taking part in the UDF meeting.

Incidentally, the erstwhile Kerala Congress (Mani) comprises of two factions — one presently led by Mani and the other led by veteran legislator P.J. Joseph and practically for all purposes for the past one year they have been functioning as two different entities.

However, Joseph is sitting pretty happy and on Thursday he said every day numerous people from various levels in the party is joining them and in the coming days it’s going to increase.

“Jose was never ousted, he only chose to leave,” said Joseph.

With the local body elections in October, neither of the traditional rival political fronts would like to go back from their present position, as the grand finale – assembly polls are to be held in May 2021.

The clincher came from Vijayaraghavan that the CPI-M does not have any allergy towards Jose K. Mani, when he was reminded by a newsman about the massive protest in 2015, over the alleged bar scam. K.M. Mani had to resign as the State Finance Minister then.

“Aren’t those all old things and that issue is now not relevant anymore,” said Vijayaraghavan, giving enough hints that Jose K. Mani is now not untouchable.