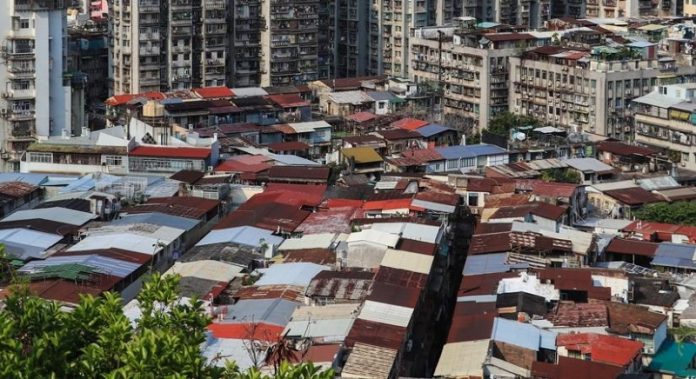 After what is billed as a major triumph in the 90-day war against the novel coronavirus in Dharavi, the BrihanMumbai Municipal Corporation (BMC) has slowly started a cautious retreat from Asia’s biggest slum which reported its first Covid-19 case-cum-death on April 1.

“We have closed two isolation facilities in Dharavi as cases have significantly reduced there and we don’t want to waste resources. Of the total 3,800-beds capacity in eight quarantine centres, we have reduced the numbers by 1,000 to touch around 2,800 beds,” G/North Assistant Municipal Commissioner Kiran Dighavkar told IANS.

These include 700 beds put up at the sprawling Dharavi Municipal School and 300 beds at the Rajiv Gandhi Sports Complex that falls in BMC’s G/North Ward, he said.

In fact, Dighavkar said the BMC’s 200-bed ICU hospital in Dharavi is occupied by only 78 patients at present and the area has “ample quarantine and treatment facilities” available anytime for the remaining 23 per cent active cases, with few new ones coming up daily.

The heartening developments come after Mayor Kishori Pednekar told IANS on June 21: “The Dharavi ‘tension’ is off our heads now. We have worked really hard to bring it to this level and it has given excellent results with the local peoples’ full support.”

Simultaneously, the never-say-die people of this once ‘red-hotspot of the pandemic’ – which made headlines in the global media – are now quietly hugging the ‘New Normal’, despite the same congestion, overcrowded living and working quarters, serpentine queues at public toilets, narrow bylanes, stench and squalor plus the monsoon madness etc.

After the initial days of airily dismissing the pandemic, a sense of seriousness and responsibility is evident among the locals after they witnessed 2,300-plus cases and 82 deaths, pointed out Dharavi businessman Salim Memon.

“That was because it was impossible to maintain physical distance, isolation etc, due to the sheer numbers – more than 800,000 people crammed in barely 2.25 sq km. Now, nearly 50 per cent of the migrants have left, affording Dharavi some much-needed breathing space,” Dharavi Rehabilitation Committee President Raju Korde told IANS.

However, he says, it is time to wage the next level of war for the redevelopment of Dharavi, which has been pending for 16 years.

“The government ordered the Integrated Township Project for Dharavi on February 4, 2004, but even after 16 years, and half a dozen governments, the project has not moved an inch. On July 20, we shall take out a ‘morcha’ in support of this demand,” Korde said.

Cheered by Dharavi’s success, Municipal Commissioner I.S. Chahal has sought to replicate the ‘Dharavi Model’ in a public-private-partnership mode in other new hotspots like Dahisar, Borivali, Kandivali, Malad, Mulund and Bhandup in Mumbai’s northern suburbs.

As BMC top brass said, instead of waiting for patients to approach them, the civic body switched to the ‘Chase the Virus’ mode with the concept of 4 Ts – Tracing, Tracking, Testing and Treating – to finally curb corona spread in Dharavi.

Besides the corona warriors among health personnel, even the police, CRPF, civic staff, some NGOs and other social activists played a role in loosening Covid-19’s stranglehold on Dharavi.

Korde says that the people have fully cooperated with the authorities during the pandemic and “it’s now their turn to get a better life through redevelopment”.