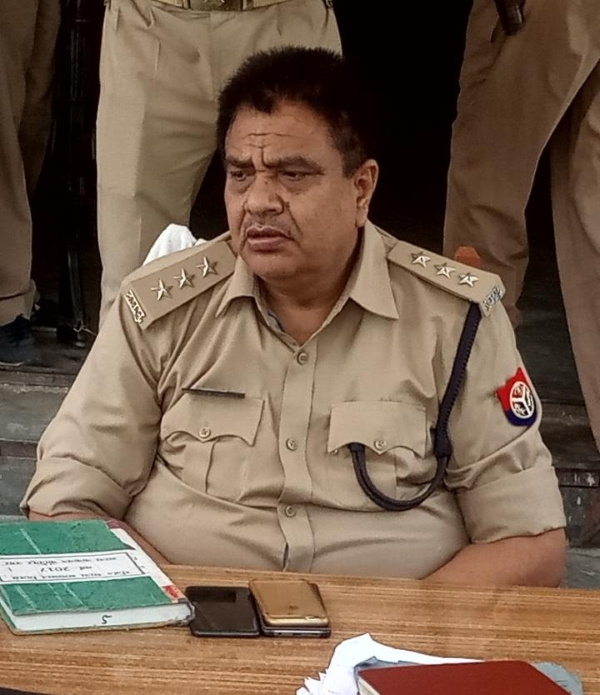 In a shocking incident, eight police personnel, including a circle officer, were shot dead and six policemen seriously injured when a local criminal, Vikas Dubey, and his gang sprayed them with bullets in Vikru village under Chaubeypur police circle in Kanpur in the wee hours of Friday.

The deceased include circle officer Bilhaur, Devendra Kumar, who was leading the team, three sub-inspectors and four constables.

UP Chief Minister Yogi Adityanath has expressed grief over the incident and offered his condolences to the families of the deceased police personnel.

Chief Minister has directed the Special Task Force (STF) to take over investigations and ensure immediate arrest of the criminals. A forensic team has already reached the spot.

IG Kanpur Mohit Agarwal said that the borders of the district had been sealed and forces from several adjoining police stations had been called in for combing operations to arrest the accused.

The injured policemen have been admitted to the hospital and the condition of two of them is said to be critical.

According to reports, the police team comprising about 50 police personnel had gone to the village around 3.30 a.m. after receiving a tip-off about the presence of Vikas Dubey there.

Dubey and his men had stationed a JCB to block their way and as soon as the police team reached there, they started firing from the terrace of a house. The miscreants, numbering about a dozen, also pelted stones at the policemen.

The deceased police personnel have received multiple bullets in the incident.

The gangster and his men later looted the arms of the policemen and made an easy escape.

All senior police officials including ADG Kanpur, IG and others have reached the spot.

UP DGP H C Awasthi said that a massive operation has been launched to arrest the accused.

ADG law and order Prashant Kumar also reached the site of the incident.

Vikas Dubey, meanwhile, is wanted in over 60 criminal cases.

In October 2001, he had shot dead senior BJP leader and then chairman of contract labour board, Santosh Shukla, inside the Shivli police station.

Further investigations are on.

All borders of the district have been sealed.

This, incidentally, is one of the biggest attacks on a police team in the state in recent years and has expectedly sent shock waves in the state.

Even as speculations began about the information of the police movement being leaked to the criminal by some ‘insider’, the IG range said, “This is a matter of investigation. Our focus is now on arresting the accused without delay.”