Oscar-winning Italian composer Ennio Morricone, known for his work in “The Good, The Bad And The Ugly”, “The Untouchables” and “The Mission”, has died. He was 91.

The Italian composer, who scored music in more than 500 films, died in Rome following complications from a fall last week, which caused a hip fracture, reports hollywoodreporter.com.

Morricone is known for creating haunting, yet inventive scores to express emotions to dialogue-free tension in the spaghetti Westerns directed by Sergio Leone.

Soon after the news of his demise, Italian Prime Minister Giuseppe Conte tweeted: “We will always remember, with infinite gratitude, the artistic genius of the Maestro #EnnioMorricone. It made us dream, emotion, reflect, writing memorable notes that will remain indelible in the history of music and cinema.”

During the course of his over five decade-long career, he got the epithet of The Maestro. He received an honorary Oscar in 2007 for his “magnificent and multifaceted contributions to the art of film music”. He got the honour from Clint Eastwood. Morricone also collected 11 David di Donatello Awards, Italy’s highest film honours.

Morricone teamed with Leone one last time for “Once Upon A Time In America” (1984). 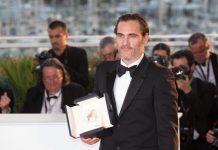 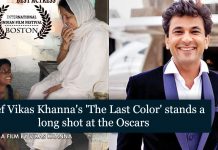