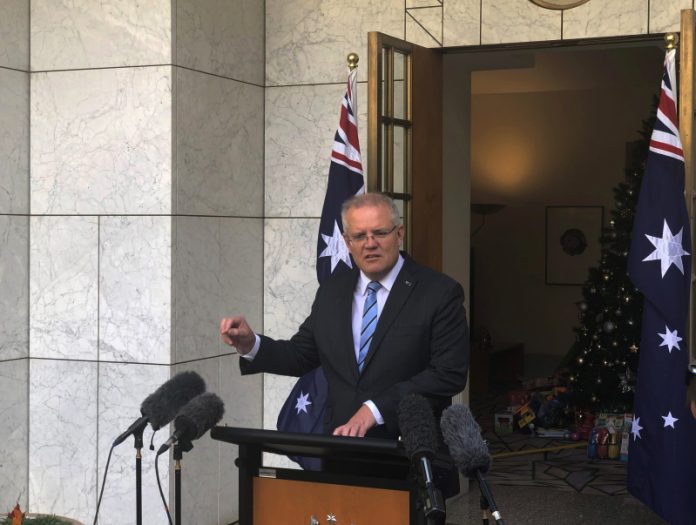 Australia has suspended its extradition treaty with Hong Kong in response to fears over a new national security law imposed by China, Prime Minister Scott Morrison said on Thursday.

Addressing the media here, Morrison said that the new law, which came into effect on June 30, undermined “Hong Kong’s own basic law” and the territory’s current level of autonomy from Beijing, the BBC reported.

Australia planned to extend visas for Hong Kong residents and encourage businesses there to relocate, he said, adding his government, along with others had been “very consistent in expressing our concerns about the imposition of the national security law on Hong Kong”.

Previously, Australia and Hong Kong could both seek the extradition of any person within their jurisdiction who was wanted for prosecution or a criminal sentence.

This process has happened just twice in the past 10 years, said the BBC report.

As the extent of the law’s reach was still uncertain, critics have said it could also lead to foreign nationals being arbitrarily detained in Hong Kong.

This has led Australia and other nations to issue new warnings to their citizens in Hong Kong.

“You may be at increased risk of detention on vaguely defined national security grounds. You could break the law without intending to. If you’re concerned about the new law, reconsider your need to remain in Hong Kong,” said Australia’s Department of Foreign Affairs and Trade.

“We urge the Australian side to immediately stop meddling… Otherwise, it will lead to nothing but lifting a rock only to hit its own feet,” the BBC quoted a statement by the Chinese embassy in Australia as saying on Thursday.

Also on Thursday, New Zealand’s government said that it would review the country’s relationship with Hong Kong.

“We will continue to monitor the law’s impact on the people of Hong Kong, with whom we share close links,” he said.

Since the law that targets acts of secession, subversion, terrorism and collusion with foreign forces, with punishments of up to life in prison for the most serious offences, was enacted last week, Canada has also suspended its extradition treaty, while the UK has offered citizenship options to Hong Kong residents.