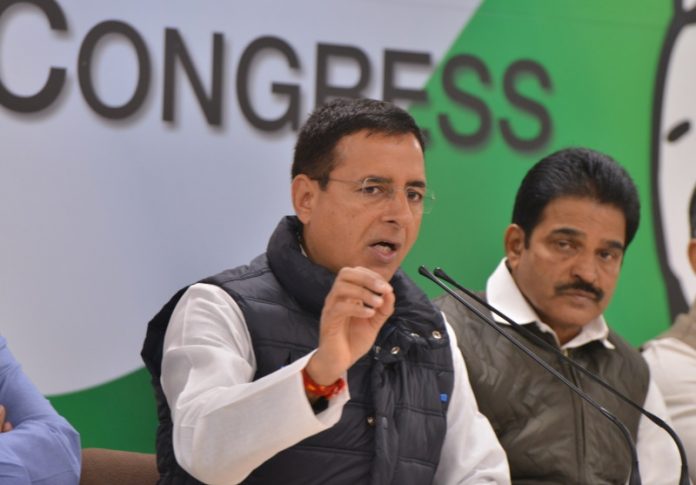 After the seizure of 30 kg Gold at Thiruvananthapuram airport, the Congress has upped the ante and demanded CBI inquiry into the case to probe collusion of CPI-M and BJP leaders.

Congress Chief Spokesperson Randeep Surjewala in a statement said, “Indian National Congress demands a thorough inquiry by the CBI into the extent of this crime, and individuals in the ruling parties, the CPI-M at the State Level and the BJP at the Central Level.”

It is also likely that the individuals involved could not have done what they did, vis-a-vis the “audacious smuggling” of gold under the watch of the authorities and using diplomatic cargo which enjoys diplomatic immunity, without the support or knowledge of those not just in the state government but also in the central government, said Surjewala.

The matter relates to the seizure of 30 kg gold from a diplomatic consignment at the Trivandrum International Airport on Sunday which snowballed into a major political controversy in Kerala as the prime suspect, Swapna Suresh, a high-profile woman who wears many hats, happens to be close to the ruling Left Democratic Front government in the state.

Surjewala in the statement said that given the magnitude of the criminal activity, the influential nature of those involved and the wide net of individuals across the Central and State Governments, it is only fitting that the investigation into the entire affair be handed over to the Central Bureau of Investigation.

US presidential election on November 3 as planned, say WH officials