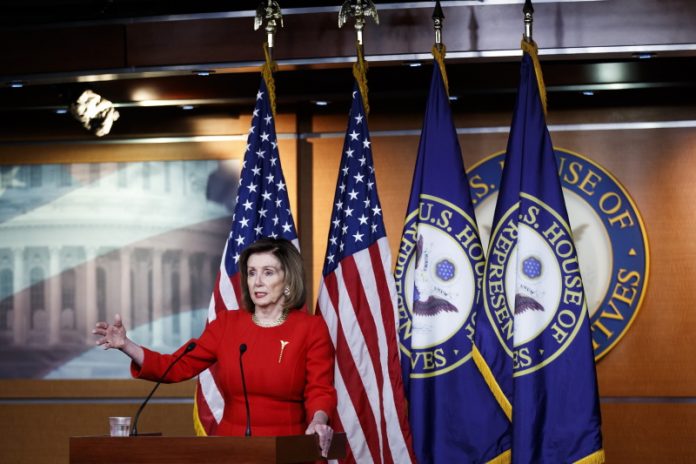 US President Donald Trump’s official withdrawal of the country from the World Health Organization (WHO) is “an act of true senselessness”, Hous Speaker Nancy Pelosi said.

Taking to Twitter on Wednesday, the veteran Democrat said: “The President’s official withdrawal of the US from the World Health Organization is an act of true senselessness as @WHO coordinates the global fight against COVID-19.

“With millions of lives at risk, the President is crippling the international effort to defeat the virus.”

Pelosi’s remarks come after Trump formally moved to withdraw the US from the WHO, after he had made his intentions clear in late May, accusing the world body of being under China’s control in the wake of the coronavirus pandemic.

On Tuesday, Stephane Dujarric, spokesman for the UN Secretary-General, confirmed the US had notified it of its withdrawal, effective as of July 6, 2021, reports the BBC.

Senator Robert Menendez, the leading Democrat on the Foreign Relations Committee, also wrote on Twitter: “Congress received notification that POTUS officially withdrew the US from the WHO in the midst of a pandemic.

A senior US administration official told CBS News that Washington had detailed the reforms that it wanted the WHO to make and engaged with it directly, but that the WHO had refused to act.

“Because they have failed to make the requested and greatly needed reforms, we will be today terminating our relationship,” the official was quoted as saying.

In response to the decision, presumptive Democratic nominee Joe Biden, who will challenge Trump in the November presidential election, tweeted: “On my first day as President, I will rejoin the WHO and restore our leadership on the world stage.”

The US is the global health agency’s largest single contributor, providing more than $400 million in 2019, around 15 per cent of its total budget, said the BBC report.

Under a Congress resolution in 1948, the US can withdraw but must give a year’s notice and should pay outstanding fees, although it is unclear where Trump stands on that.

Dujarric stressed that those conditions should be met.

The withdrawal will call into question the WHO’s financial viability and the future of its many programmes promoting healthcare and tackling the disease.

SC queries Navlakha’s counsel on his ties to banned Maoists