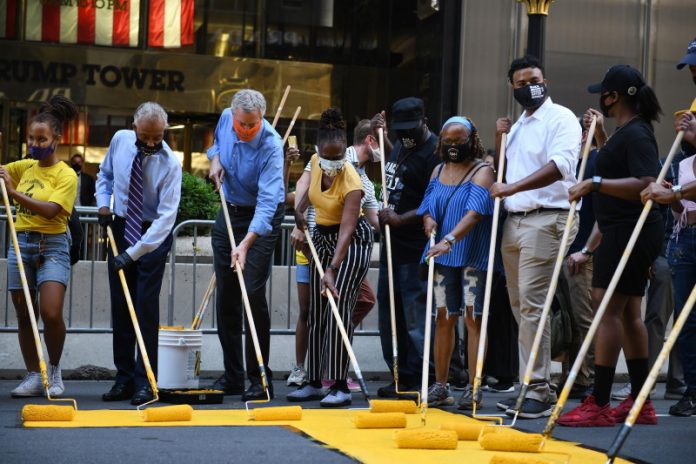 A massive, yellow “Black Lives Matter” mural was painted on New York City’s Fifth Avenue right in front of the Trump Tower, a skyscraper that serves as the headquarters for the Trump Organization.

Mayor Bill de Blasio joined dozens of people in painting the three words with a roller on the ground on Thursday morning, attracting hundreds of onlookers, reports Xinhua news agency.

“Our city isn’t just painting the words on Fifth Avenue. We’re committed to the meaning of the message,” he said on Twitter.

Last week, President Donald Trump lashed out at New York City’s plan to paint the mural, calling it “a symbol of hate” on Twitter.

In response to Trump’s tweet, de Blasio said the mural was to honour members of the African-American community who helped build Fifth Avenue and “so much of this nation”.

The mural is one of five that will be created in each borough of the city following the police custody death of African-American George Floyd in Minneapolis on May 25, which sparked nationwide protests over racial injustice and police brutality.

“I ask all New Yorkers to recognize the power of this moment — that the city of New York is saying loudly, clearly, consistently black lives matter and we will back up that belief with action after action after action,” de Blasio had said last month while announcing the plan about the murals. 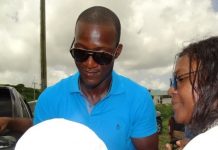 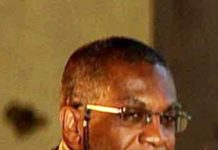 Proclamation Issued to Impose Governor’s Rule in Jammu and Kashmir