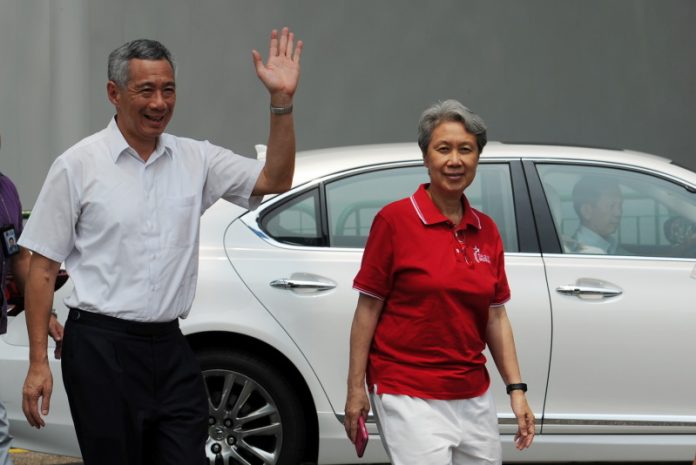 Returning Officer Tan Meng Dui said that the PAP won the election held on Saturday amid the ongoing COVID-19 pandemic, with 61.24 per cent of votes, compared to 69.86 per cent in the last election in 2015, reports Xinhua news agency.

A total of 191 candidates from 11 political parties and an independent candidate competed for 93 seats in the election, which is organized into 14 Single Member Constituencies (SMCs) and 17 Group Representation Constituencies (GRCs).

The PAP won the 83 seats from 13 SMCs and 15 GRCs, while WP retained the 10 seats from Hougang SMC, Aljunied GRC and Sengkang GRC.

Prime Minister Lee Hsien Loong and his team won Ang Mo Kio GRC with 71.91 per cent of the votes.

Lee told a press conference that the percentage of popular votes the PAP won in the election was not as high as he had hoped.

Nevertheless, the result reflected broad-based supports for the PAP, he added.

The prime minister, also PAP’s Secretary-General, said he was honoured by the faith Singaporeans had put in the ruling party and the heavy responsibility Singaporeans had entrusted with the party.

“I will use this mandate responsibly to deal with COVID-19 and economic downturn, and to take us safely through the crisis and beyond,” he said.

Deputy Prime Minister Heng Swee Keat, along with his East Coast GRC team members, won with 53.41 per cent of the votes.

Some 2.65 million people were eligible to vote in Saturday’s elections, the 13th since independence.