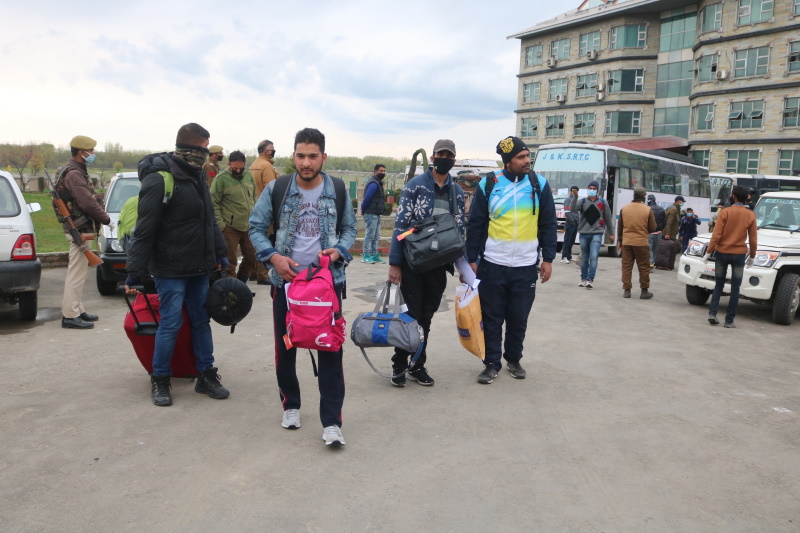 Alarmed by the growing spread of coronavirus in Srinagar district, authorities on Sunday decided to re-impose the lockdown in red zone areas disallowing all public movement into and from these areas beginning tomorrow.

“All departments have been put on high alert, no entry or exit without authorisation will be allowed from the red zones areas. No employee will be allowed to proceed on leave, all leaves sanctioned earlier have been cancelled,” an official said.

Srinagar DM, Shahid Iqbal Choudhary told reporters that the decision to re-impose the lockdown was taken at the meeting of the district disaster management authority.

“In view of a major spike in COVID, we’ll have to carve out containment zones for effective restrictions in different areas of Srinagar. Local cooperation is solicited in the best interest of public health,” Shahid Iqbal Choudhary said on his twitter handle.

Reports said 68 areas are being brought under the lockdown beginning tomorrow.

With 42 deaths and 1075 active cases, Srinagar district is the most affected district in J& K.

So far, 182 people have died and the number of infected people has crossed 10,000 in the union territory.

Serious concern has been expressed by doctors, parents, civil society members and traders over the official decision to re-open gardens and parks although schools, colleges, universities, coaching centres and religious gatherings are banned in Kashmir.

The situation has been compounded by the utter disregard of preventive measures like masks, social distancing and over-crowding, especially by the local youth.

Using motorcycles, cars and other modes of transport, local youth have been throwing gardens, parks and other places of tourist attraction in Kashmir throwing all precaution to the wind.