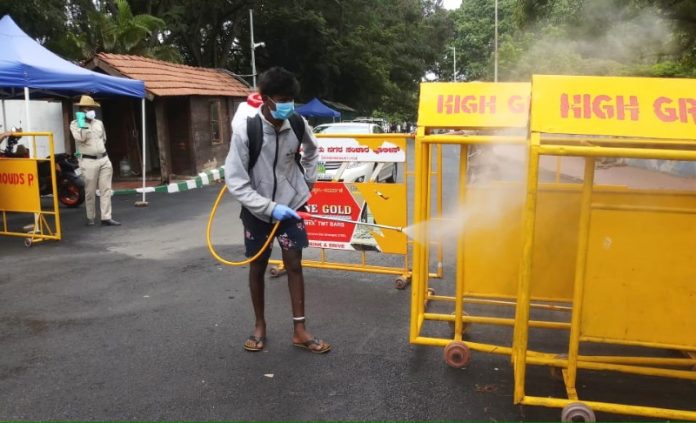 A record number of 87 COVID patients succumbed to the virus in Karnataka, while 2,496 new cases raised the state’s tally to 44,077, an official said on Tuesday.

“New COVID deaths 87,” said a health official about the fatalities recorded across the state in the past 24 hours. Following the highest single day COVID deaths, the state’s death toll rose to 842.

As many as 56 of the 87 deaths occurred in Bengaluru alone, as cough, fever and breathlessness continued to be the most common symptoms.

Meanwhile, 2,496 cases were reported in the state with Bengaluru leading the chart with 1,267 cases.

With the addition of new cases, the city’s COVID tally breached the 20,000-mark at 20,969, out of which 15,599 are active cases. Bengaluru alone accounts for 60 per cent of all the active cases in the state.

On a positive note, 1,142 patients were discharged on Tuesday, 664 in Bengaluru Urban alone, raising the total number of discharges to 17,390. Likewise, cases in ICU marginally fell by five to 540.

Amid rising cases in the southern state, the government has mandated that all those who gave their swab samples for testing may be infectious and advised abundant caution.

“Persons who have provided swab samples for COVID testing may be infectious. Hence, as a matter of abundant caution, all such persons shall be advised strict isolation or quarantine,” said Additional Chief Secretary Jawaid Akhtar.

Akhtar said such people should be isolated until their results are communicated.