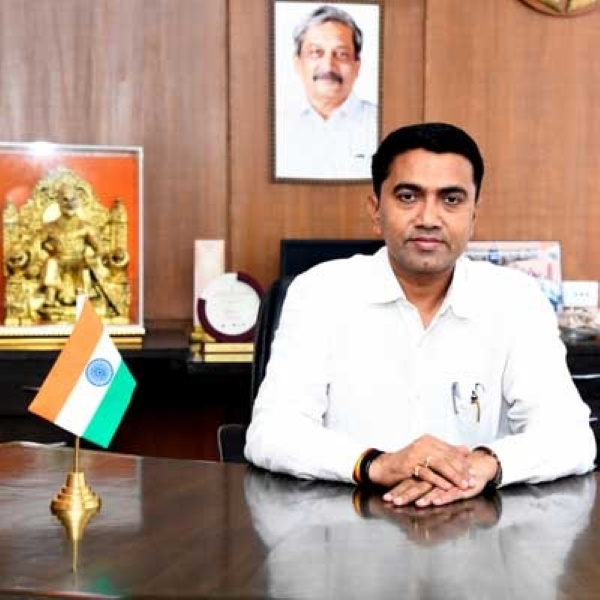 In the wake of a spike in coronavirus cases in Goa, Chief Minister Pramod Sawant on Wednesday announced a night curfew in the state from Wednesday night (July 15) to August 10 apart from the total shutdown of non-essential public movement on the coming weekend starting Thursday night.

The violators would be sent to jail, he warned.

Sawant said that despite repeated requests, people in Goa continued to flout social distancing norms. “The Janata Curfew will last from 8 p.m. to 6 a.m. daily, with exceptions for essential services or those working night shifts in industries or medical emergencies. The curfew will be in place till August 10. Violators will be imprisoned,” Sawant said in a press conference on Wednesday.

“People should have been more careful. The government has realised that people have not followed the norms. As many as 40,000 persons have been fined for not wearing masks. Looks like people only understand the language of the law,” Sawant said.

“The complete lockdown over the weekend will begin from Thursday night till Monday morning. Barring essential services, nothing would be allowed to open,” Sawant said, urging people not to indulge in panic buying.

“Perhaps, we can flatten the curve now, with this effort,” he said, adding that the Cabinet had okayed the weekend curfew in a bid to flatten the coronavirus curve.

The state’s active cases have crossed 1,000-mark, with 18 deaths linked to Covid-19. Most of the cases and deaths were recorded over the last month.

Sawant said that since the region was in the midst of heavy monsoon, cases were expected to spike which often trigger respiratory illnesses. “COVID cases increase the most in the rains. We are in the midst of the monsoon. Perhaps, we have reached the highest spike right now. That is why we are looking to flatten the curve, with these precautionary measures,” the Goa CM said.

The main opposition party in Goa, the Congress has however said that the partial lockdown was a sign of a “defective administration”.

“The partial lockdown announced by the Chief Minister is a reflection of his defective administration. This announcement has no scientific base, it is not a solution,” state Congress president Girish Chodankar said.

Chodankar also demanded that Chief Minister Pramod Sawant present a white paper on the status of Covid-19 spread in Goa as well as steps taken by the government to manage the pandemic.