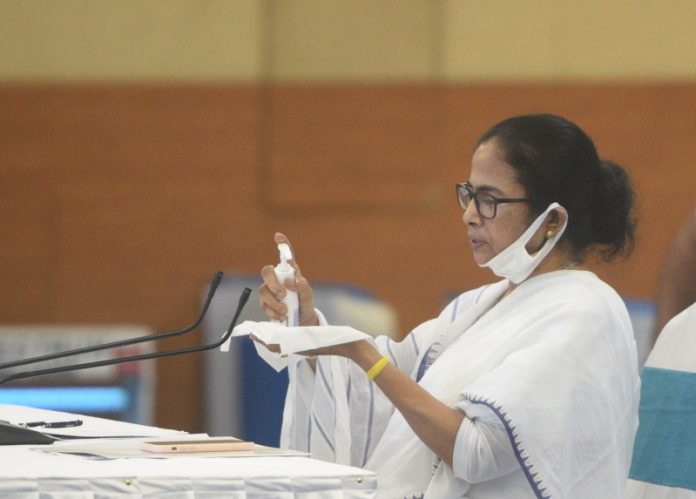 West Bengal Chief Minister Mamata Banerjee, here on Thursday, hit out at Governor Jagdeep Dhankhar for his criticism of the state’s education system. A governor couldn’t talk like a political party’s representative, she said.

“I urge the Governor to respect the Vice-Chancellors. He can’t talk like a political party representative,” Banerjee said at Nabanno, the Secretariat.

During the day, Dhankhar criticised the education system and said the quality of education in West Bengal was rapidly falling due to political control and affiliations.

Terming education important, he said, “It’s the soul of the society as it passes from one generation to another. Neglect of education will hurt generations.”

His remarks came a day after the state government refused permission to VCs to attend a virtual meeting, called by Dhankhar on July 15, citing the Covid-19 pandemic.

“Are we his servants? It’s going too far now. He (Dhankhar) is constantly asking for information from the state government. What should we do? Should we only reply to his queries and do nothing else? I have been in touch with him over the phone. I won’t show you the telephonic thread as it’s not proper. The Chief Secretary and the Home Secretary have met him several times to update on various issue,” Banerjee said.

Stating that he is here for a year and trying to improve the education scenario, Dhankhar said, “I have interacted with former VCs, students, guardians and academicians. They all share my anguish that education in the state, which is gifted with the finest and oldest institutions, is rapidly falling due to political control and affiliations.”

“If I am raising the issue of quality of education, I want students to get the best. I don’t understand why the government is objecting to this,” he remarked.