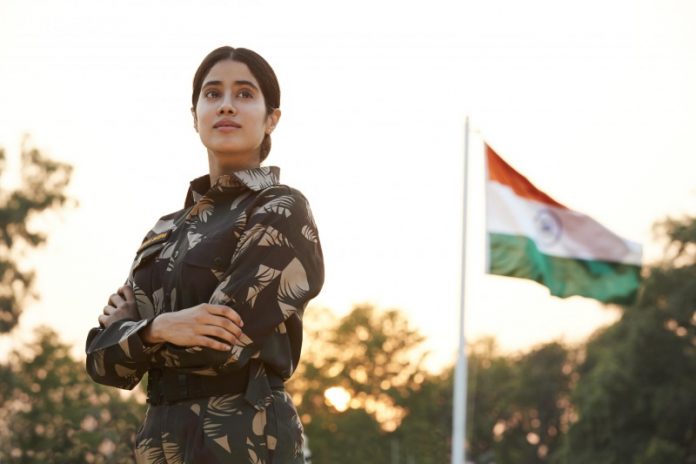 The Janhvi Kapoor-starrer “Gunjan Saxena: The Kargil Girl” will premiere digitally on August 12, the actress confirmed on Instagram.

“Proud to bring to you the story of India’s first woman Air Force Officer to go to war. A journey that I hope will inspire you the way that it has inspired me. ‘GunjanSaxena – The Kargil Girl’ is landing on 12th August,” she wrote.

The actress also shared a poster and stills of the film.

“Gunjan Saxena: The Kargil Girl” is inspired by the life of Indian Air Force combat pilot Gunjan Saxena, and stars Janhvi in the titular role. Saxena entered the war zone during the 1999 Kargil War.

Angad also shared the stills on Instagram, writing: “Thrilled to be bringing such an inspiring story of Gunjan Saxena: India’s first woman Air Force Officer who went to war. We are absolutely honoured & can’t wait for you all to experience her journey. Arriving on 12th August!”

The film will premiere on Netflix.

In June, it was revealed that “Gunjan Saxena: The Kargil Girl” would be ditching traditional theatrical release amid the Covid-19 crisis and opt for a direct-to-OTT release.

” ‘Gunjan Saxena’ is a defining film based on a true story about a woman who showed unparalleled courage, and inspiration to many in the coming years. We are excited to share this fearless story about following your heart and your dreams with millions around the world,” Karan Johar, who has backed the film through his production house, Dharma Productions, said at the time of the announcement.

Kerala toddy shops open and close in a flash