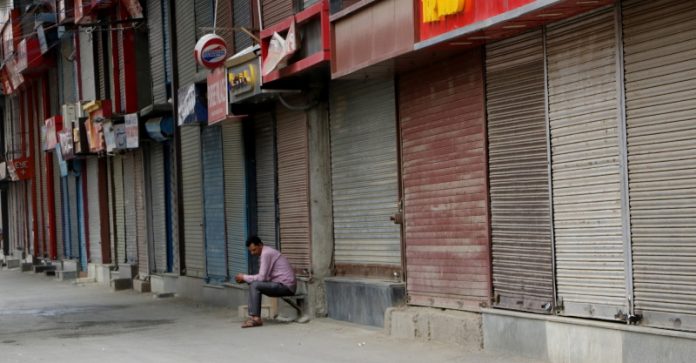 In view of the rising COVID-19 cases in Odisha, the state government on Thursday announced lockdown for 14 days in four districts and a municipal corporation from Friday evening till July 31 midnight.

Chief secretary Asit Tripathy informed that the lockdown will be imposed in the districts of Ganjam, Khorda, Cuttack and Jajpur and Rourkela Municipal Corporation in Sundargarh district.

He said that aggressive surveillance, testing, tracing, isolation and treatment will be taken during the lockdown.

During this lockdown, all shops and commercial establishments, offices and institutions shall remain closed, said an order issued by Special Relief Commissioner (SRC).

Shops selling vegetables, grocery and milk between 6 am to 1 pm will be allowed, the order said.

Besides, home delivery of food, groceries, vegetables, egg, fish, meat and other essential items by restaurants and aggregators are allowed during the lockdown.

The government has also permitted agriculture and allied activities, all industrial units, factories and construction activities and ITeS units with bare minimum staff for critical operations.

Besides, operation of hotels and hospitality units, and dhabas along national and state highways/ major roads for takeaway, petrol pumps, CNG stations and LPG distribution and retail outlets are allowed.

Movement of air, sea and rail transport along with road transport on highways and goods movement have also been allowed.

Big Billion Startup, a book on the unrevealed story of Flipkart