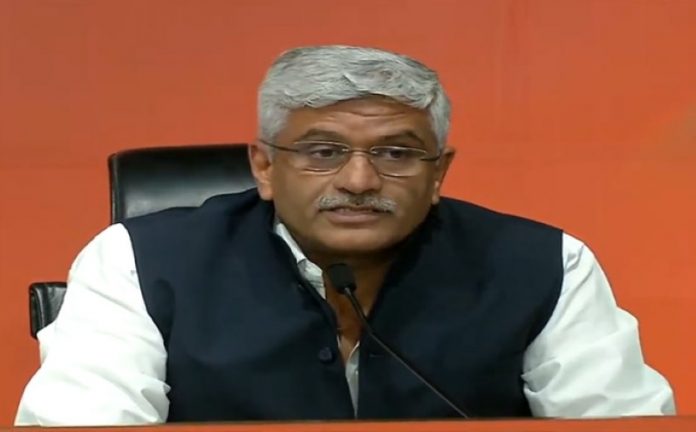 Soon after releasing purported audio which captured an alleged conversation between three people, which Congress claimed were its MLA Bhanwarlal Sharma, Union Minister Shekhawat and a Jaipur resident Sanjay Jain, the party took the step.

“We demand FIR against Union Minister Gajendra Singh Shekhawat by SOG; a fair investigation against him and if there are proofs for misusing position (which seems so at first instance), he should be arrested immediately.

“Secondly, FIR should also be registered against Bhanwarlal Sharma, Pilot camp’s MLA and Sanjay Jain, a BJP leader, and the action should be taken against them.”

Thirdly, he demanded a fair investigation into the black money coming into the state. “Who sent the money, from where it came, did it come via Hawala are issues which need to be investigated,” he said.

Fourthly, Surjewala said that investigation should expose all those senior leaders, officials and agencies who were misusing their position while occupying senior ranks.

Fifth, he said that Pilot should also come forward and clarify his position in the matter of “MLAs list” being discussed in the audio tape released on Thursday evening. Also, it should be investigated if there was any other person or MLA who exchanged money for toppling the Ashok Gehlot government.