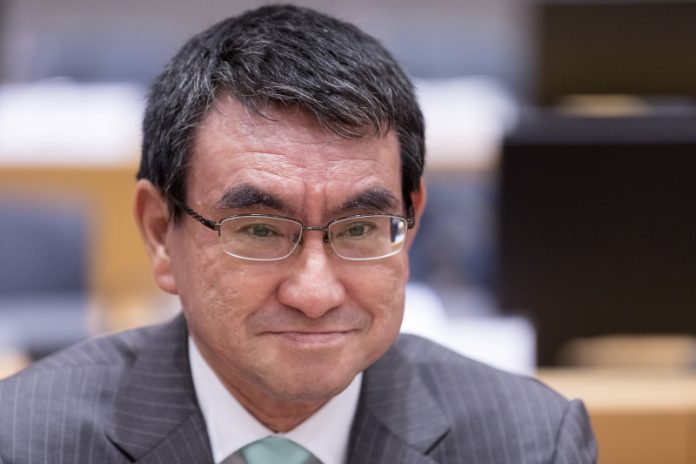 Japan’s Defence Minister Taro Kono has called on the United States to conduct COVID-19 tests on all US military personnel coming to Japan as the virus has hit several US bases in the southernmost prefecture of Okinawa.

Kono on Friday said that the Defence Ministry has requested that US military personnel bound for Japan take one test prior to leaving the US and another upon arrival in Japan, Xinhua news agency reported.

“With so many asymptomatic people, PCR testing is a must,” Kono said, adding that tests needed to be carried out, without exception, on military personnel before leaving the US and coming to Japan.

Kono added that the US side has considered the request.

Okinawa Governor Denny Tamaki has also asked the US to clarify whether or not they are taking the necessary virus prevention measures while based in Okinawa, including two-week quarantine measures where it is necessary.

Tamaki has also called for the Japan-US Status of Forces Agreement (SOFA) to be reviewed as US military personnel are exempted from Japan’s quarantine rules and travel bans.

On Thursday, the US Marine Corps Camp Hansen in Okinawa reported 58 new coronavirus cases, the Okinawa prefectural government said, while 73 cases have been linked to US Marine Corps Air Station Futenma, an additional five were confirmed at Kadena Air Base, and one each at Camp McTureous and Camp Kinser, officials said.

The total number of COVID-19 cases at US military bases in Okinawa stood at 138 on Thursday, the prefectural government said, adding that amid fears of the virus spreading to the local population, an elderly taxi driver had tested positive for the virus.