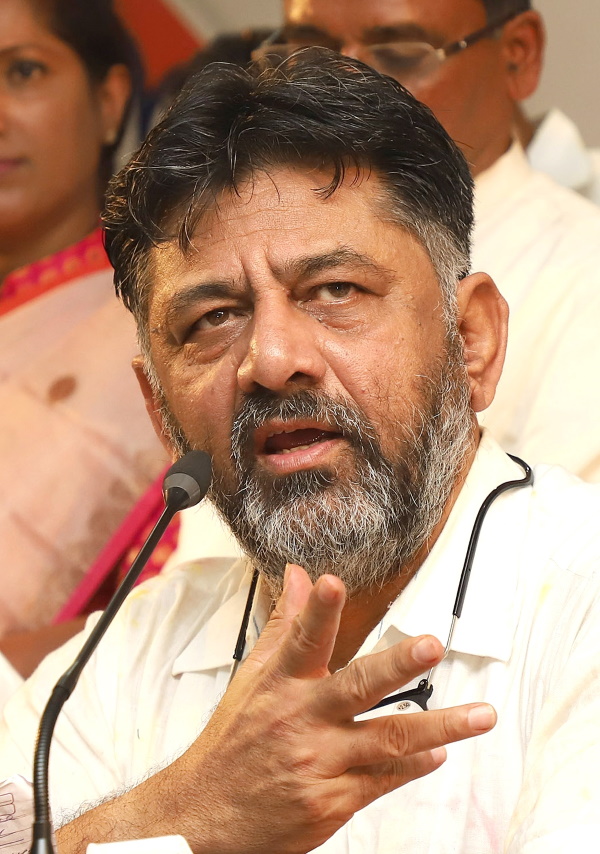 Karnataka Pradesh Congress Committee (KPCC) president D.K. Shivakumar on Friday claimed that there were no new coronavirus cases in his Kanakapura Assembly constituency in Ramangara district.

“No new Covid cases in Kanakapura taluk and all positive cases have been cured. I thank my constituency’s people who have helped in strictly following the lockdown guidelines in containing the virus spread,” said Shivakumar here.

Kanakapura is about 60 kms southwest of Bengaluru on the old Mysuru road.

“We continue to remain vigilant. We are also distributing 30 immunity boosting tablets to every house,” said the 7-time legislator, considered as the party’s Man Friday and a troubleshooter in the southern state.

Shivakumar’s younger brother D.K. Suresh is the party’s only Lok Sabha member to win in the April-May 2019 for the second time from Bengaluru Rural district.

Shivakumar, 58, took charge as the party’s state unit president on July 2 amid the coronavirus-induced lockdown to revive the party in the state.

The claim of Kanakapura being virus-free came a day after the party’s firebrand leader sought President’s rule in the southern state alleging the ruling BJP government failed to tackle the pandemic, as evident from the spurt in positive cases since July 1 when Unlock 1.0 was allowed and people violated the lockdown guidelines.

“It’s time the BJP government resigns and allows President’s rule in the state, as it has miserably failed to control the COVID cases, which have been surging daily,” Shivakumar told reporters here on Thursday.

Latching on to state Health Minister B. Sriramulu’s observation on Wednesday that “only God can save Karnataka from the pandemic”, Shivakumar said the government’s incompetence had left the citizens at “God’s mercy”.

“Why do we need a government which cannot tackle the pandemic? What Sriramulu said reflects poorly on the BJP government’s ability to handle the situation, which appears to be going out of its control due to its incompetence,” thundered Sriramulu.

Shivakumar’s attack on the nearly year-old BJP government came amid a 9-day lockdown in Bengaluru Urban and Rural districts since July 14 night up to July 22 morning to contain the surging COVID spread.

In contrast, Ramanagara district has 396 cases, including 192 active after 195 were discharged so far while only 9 succumbed to the infection.

PTI Stresses on Paki-China Bond Through Tweet in Chinese