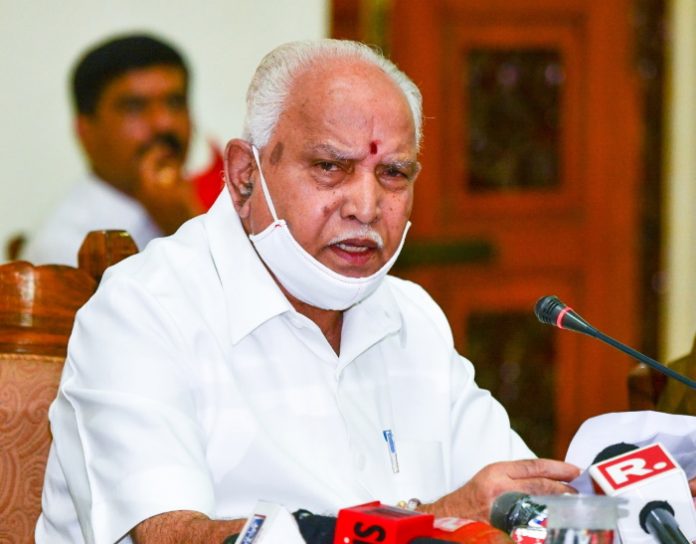 Asserting that lockdown was not a solution to contain the coronavirus pandemic, Karnataka Chief Minister B.S. Yediyurappa said on Friday that the nine-day lockdown would not be extended after Monday night.

“Lockdown will not be extended after Monday night as it is not a solution to control the pandemic,” the Chief Minister said after reviewing the situation with some cabinet ministers and senior officials at his home office in the city centre.

As advised by the experts, the state government has put Bengaluru Urban and Rural districts under nine-day lockdown from July 14 to July 22 to contain the spread of the virus, which spread rapidly since July 1 under Unlock 2.0.

Urging citizens to stay at home during the lockdown, Yediyurappa said that people should compulsorily wear the mask, wash hands and maintain social distancing to avoid the risk of getting infected.

“The city will return to normalcy from July 22, as lockdown will not be extended,” asserted Revenue Minister R. Ashok after the meeting on breaking the virus chain during the nine-day shutdown in the city’s urban and rural areas.

Admitting that lockdowns only postpone the inevitable, Ashoka said that there is no end to lockdown as if it is extended, it will only continue on and on.

“By lockdown, we can only postpone things; we have taken a breathing time. If we extend, it will continue on and on,” Ashoka said.

The meeting with ministers who are in charge of the containment zones across the city discussed measures to seal down the hotspots to prevent the citizens from venturing out of their homes.

The Chief Minister had on July 10 made seven Karnataka ministers who are ruling BJP legislators from Bengaluru in-charge of seven COVID red zones in the city to contain the virus.

Chief Minister’s political secretary S.R. Vishwanath has been made in-charge of Yelahanka in north zone.

Of the 28 Assembly segments across the city, 14 are held by the BJP, 11 by the opposition Congress, one each by the Janata Dal-Secular (JD-S) and an Independent, while one is vacant, pending by-election.

The Chief Minister also directed the state health department and the city civic body to ensure that virus-hit patients get ambulances at the earliest for rushing them to the state-run or private hospitals.

“Within two hours of a person getting the test report, a bed should be given and an ambulance be arranged to take the infected person to the hospital. Priority should be given to those who are symptomatic and above 65 years of age,” said Ashoka.

The state government will meet heads of private hospitals to ensure COVID and non-COVID patients are treated on priority.

“Those without symptoms can be taken either to the COVID Care Centre or kept under home quarantine so that those with the virus symptoms get treatment on priority,” said the Chief Minister.

Yediyurappa also warned private hospitals of strict action if they do not provide beds to COVID patients on priority.

Nodal officers and volunteers will be appointed to disseminate information on the availability of beds and admission of Covid-19 patients in private hospitals.

“In every civic ward, marriage halls and guest houses have been identified to quarantine those who do not have space at home,” Yediyurappa said.