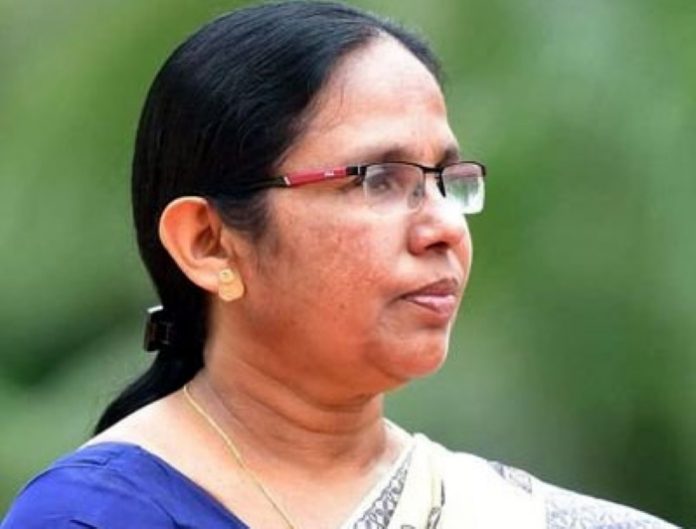 The number of new COVID positive cases continued to rise as Kerala Health Minister KK Shailaja, on Monday said that 794 new COVID cases were registered in the state.

A statement issued by her office said 245 more people had recovered from the disease, taking the number of such people to 5618, while 7611 are under treatment.

After winning applause in April and May for its handling of the pandemic, Kerala started to see an increase in the number of cases as the number of local infectees is growing by the day. On Monday alone it stood at 519.

Thiruvananthapuram district continues to lead in the number of local infectees with 170 cases on Monday, as two coastal hamlets have now been declared as a community spread area.

The rate of infection among health professionals has also gone up with 15 more testing positive on Monday.

The state capital was under siege after two popular supermarkets saw numerous staff members testing positive, forcing the Thiruvananthapuram Corporation to cancel their licenses as they failed to observe the COVID protocols.

Meanwhile, two times former Chief Minister Oommen Chandy said that in all about 150 health professionals have been affected. It has been six months since the fight against COVID began and it’s time that the private sector was roped in to help fight COVID, he added.

“The general complaint is that there is a lack of clarity in involving the private sector which caters to 60 per cent of the state’s health requirements. The state government has to get the private health care industry also,” said Chandy.

Chandy pointed out that protection kits should be given to all the health professionals in the state.

Monday also saw one of the most popular Hindu rituals, where the near and dear ones come to offer prayers for the departed (Bali). It takes place on the first day of the Malayalam month of ‘Karkadakom’, which fell on Monday this year, either at the seaside or attached to the various temples in the state, but failed to take place as it was banned by the government given the COVID situation.

But it did not deter people from conducting the ritual at their homes, perhaps the first time it has happened.