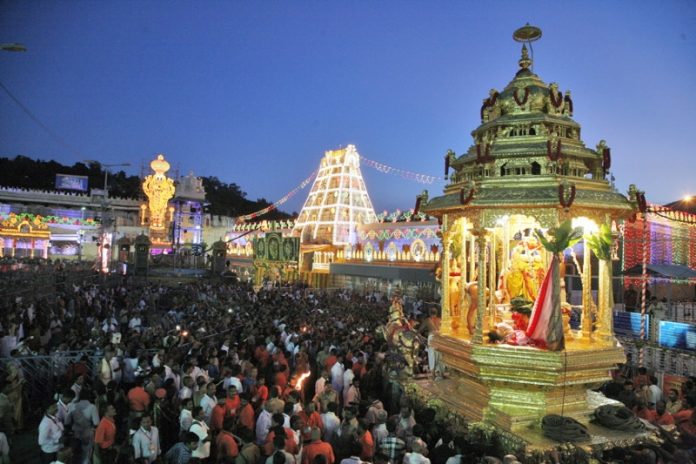 The former chief priest of Tirumala Tirupati Devasthanams (TTD), which manages the affairs of the famous Tirumala temple, Srinivasa Murthy Deekshitulu, died due to coronavirus at Sri Venkateswara Institute of Medical Sciences (SVIMS) here on Monday.

The 75-year-old, who was admitted to the hospital on Saturday after testing positive, succumbed early Monday.

According to SVIMS Director Dr B. Vengamma, he was also diabetic and had kidney-related ailments.

Srinivasa Murthy belonged to Archakam Peddinti family, one of the four families of hereditary priests associated with the Tirumala temple for centuries. He had served as the chief priest for two decades.

He was forced to retire along with three other priests from these families in 2018 by the then TTD board under the Telugu Desam Party (TDP) government.

Srinivasa Murthy’s last rites are not likely to be performed as per the customs in the families of hereditary priests.

In view of the COVID-19 protocol for disposal of bodies of the victims of the pandemic, the TTD is not likely to follow the customs which include sending fire, sandalwood and other sacred items on an elephant to the residence of the deceased priest.

The former head priest’s two sons, both priests, also reported to have given their samples for COVID test. One of them Narasimha Deekshitulu works at Tirumala temple.

Already 15 out of 50 priests at Tirumala temple have tested positive. They are among 140 TTD employees found infected by the virus since the famous temple was re-opened for darshan on June 8.

Temple’s honorary chief priest A.V. Ramana Dikshitulu has already demanded the closure of the temple for darshan in view of the growing number of COVID-19 cases among priests. He warned of a disaster if the temple was not shut for darshan.

TTD Chairman Y.V. Subba Reddy initially ruled out closing the temple but later said the temple body would soon take a decision on whether to stop the darshan or not.