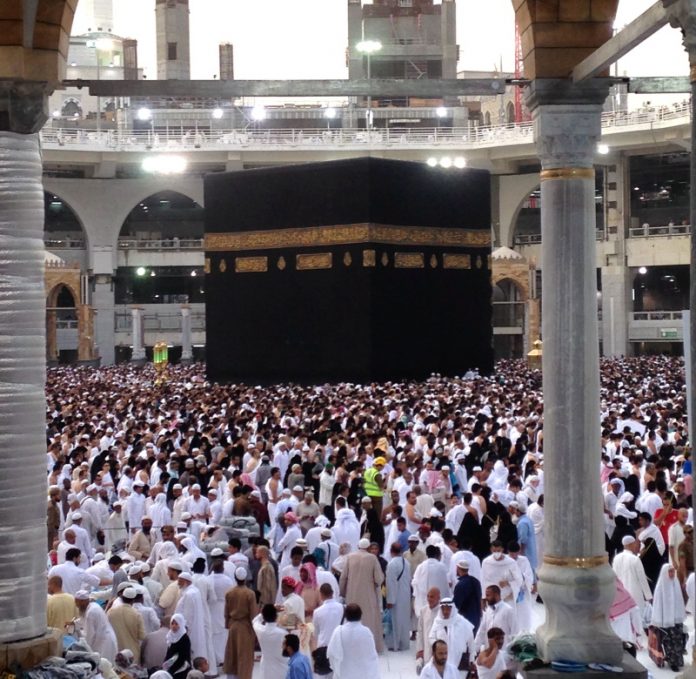 The Saudi Interior Ministry announced the Kingdom’s readiness for the upcoming Haj season amid the COVID-19 pandemic, state media reported.

Zayed Al Tuwailan, commander of Haj Security Forces, told the media on Sunday that the forces are ready to ensure the safety of pilgrims, Xinhua quoted the Saudi Press Agency as saying in the report.

He revealed that pilgrims of 160 nationalities, 70 of whom are foreign residents in the Kingdom, would take part in this year’s annual pilgrimage.

“It is an extraordinary season with extraordinary measures to tackle the coronavirus for the safety of pilgrims,” Al Tuwailan said.

The commander warned of jail terms and fines against violators, noting non-Saudis would face deportation.

On Sunday, the Saudi Health Ministry reported 2,504 new coronavirus cases, raising the total number in the country to 250,920.

The recoveries from the disease rose to 197,735 after 3,517 patients recovered, while 39 more fatalities were recorded in the past 24 hours, increasing the death toll to 2,486.

This is not the first time Saudi Arabia has restricted participation in the pilgrimage.

Between 2014 and 2016, Muslim faithful from the Democratic Republic of the Congo and several other African countries were excluded from the Haj due to Ebola.

The Haj represents an important source of income, typically generating between $5.3 billion and $6.9 billion for the local economy, according to Mecca’s chamber of commerce.

In 2019, nearly 2.5 million Muslims performed the Haj, including more than 600,000 Saudis, according to official figures.

The annual pilgrimage is one of the five pillars of Islam, which every Muslim must perform at least once if his or her physical and economic state allows.

Jasprit Bumrah joins Kohli and boys at practise in Vizag