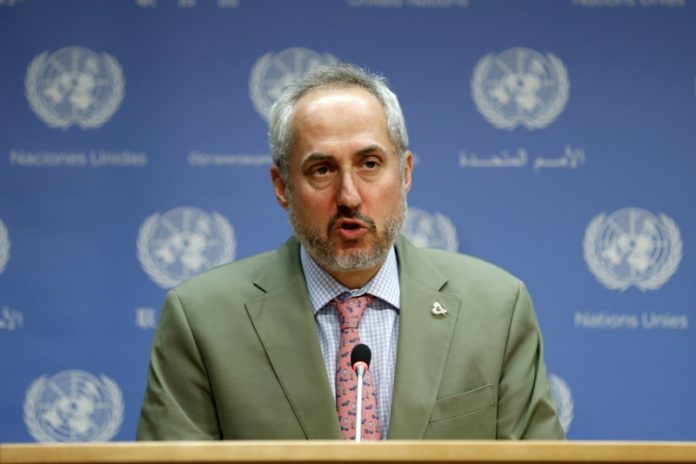 The UN offered on Monday to help India deal with the Assam floods if required.

Stephane Dujarric, the Spokesperson for Secretary-General Antonio Guterres, said: “Nearly four million people have been displaced in the state of Assam in India and neighbouring Nepal due to heavy flooding from monsoon rains, with the death toll at 189. The United Nations stands ready to support the Government of India if required.”

He said that “in Nepal, authorities have urged people living along riverbanks and low-land areas in the Terai region to move to safe sites due to the possibility of floods. Access is the biggest challenge, with search-and-rescue efforts being hampered by landslides in remote areas. The World Food Programme is working on reaching impacted communities, with helicopters being the only viable option at present.”

According to Assam officials, the death toll from the deluge is 85, while around 2.4 million people in 24 of the state’s 33 districts continue to be distressed.

Dujarric said that according to the World Meteorological Organisation, locusts continue to be a serious threat to food security in parts of India, Pakistan and East Africa because of climate change linked to human activity.

“WMO said that extreme weather events and climatic changes such as increases in temperature and rainfall over desert areas, and the strong winds associated with tropical cyclones, provide a new environment for pest breeding, development and migration,” he added.

It said that 79 control teams with spray equipment-mounted vehicles and over 200 Central government personnel, 50 technical officers and 22 drivers are working on locust control operations while 15 new Ulvamast sprayers have also reached India from Britain, the ministry said.

Meanwhile, in Haryana, the government has stepped up efforts to control locust swarms after warnings of potential intense attacks in several districts after Wednesday.

Militant’s Father die due to Cardiac Arrest in Shopian