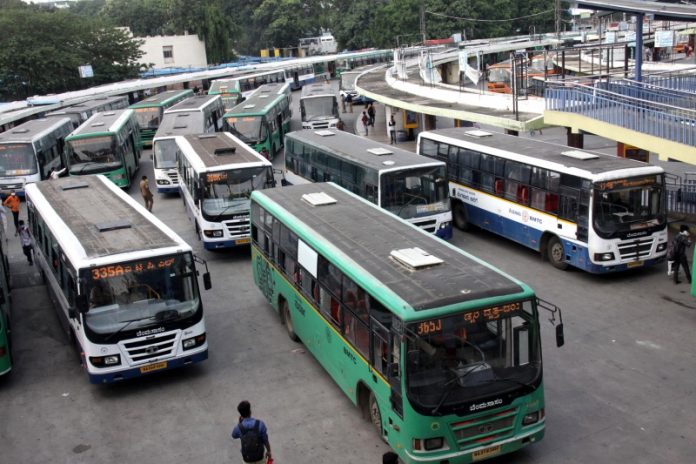 The Bengaluru City bus service resumed operations on Wednesday, an official said. However, the services will be available for only 14 hours a day from 6 a.m. to 8 p.m.

As the recently imposed lockdown was lifted, the Bengaluru Metropolitan Transport Corporation (BMTC) resumed its services starting with 1,500 buses at 5 a.m. on all major traffic routes, excluding the containment zones. Depending on the pattern of passenger traffic, the BMTC will later think of increasing the number of services.

“In view of the orders of the government, BMTC will operate its services from Wednesday to the general public,” said an official of the road transport corporation, making it clear that no passenger will be allowed to board any bus without a face mask.

“Mandatory use of facemask as per government notification for covering mouth and nose. Passengers without facemask are not allowed,” he said.

Similarly, in the event of all the seats in a bus getting occupied, additional passengers will not be allowed to embark, all the while maintaining of social distancing will be mandatory while boarding as well as alighting.

“If all the seats are occupied in the bus, passengers shall not board the bus and wait for the next bus. Passengers suffering from fever and other ailments should refrain from travelling,” said the official.

With 1,714 infections on Tuesday, Bengaluru continues to report the highest number of cases in the southern state, raising its tally to 34,943 cases, out of which 26,746 are active.

The road transport corporation has also arranged a bus to ferry the discharged employees to their respective hometowns from Chintamani bus depot.

However, KSRTC did not reveal how many employees were discharged.

Priyanka Gandhi asks Modi, What kind of nationalism is yours?