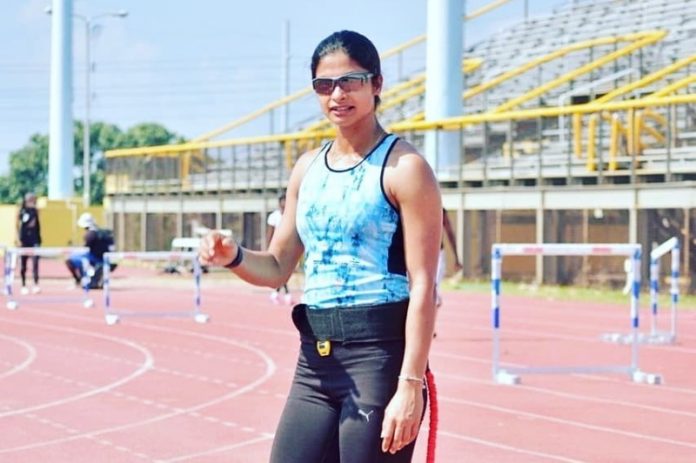 Sprinter and Tokyo Olympics hopeful Srabani Nanda has become the first Indian athlete to return to competition since the coronavirus pandemic put a full stop on training and competitions in March.

The 29-year-old, who is training at the MVP Track Club in Jamaica, ran in a meet in the country and managed a time of 11.78 seconds. The Velocity Fest also featured some of the biggest stars from the country and Nanda’s event featured double Olympic sprint champion Elaine Thompson Herah and Shelly-Ann Fraser-Pryce.

The qualifying standard for the women’s 100m event is 11.15 seconds but it wouldn’t have mattered if Nanda had managed to surpass that time anyhow as World Athletics has suspended Olympic Qualification tournaments till November 2020.

Nanda first broke into the international scene in 2008, winning a team gold medal in the 4×100 metres relay at the Commonwealth Youth Games in Pune. She represented India at the Rio 2016 Olympics as well, finishing sixth in her heat.

Sonali Bendre Reveals she has Cancer