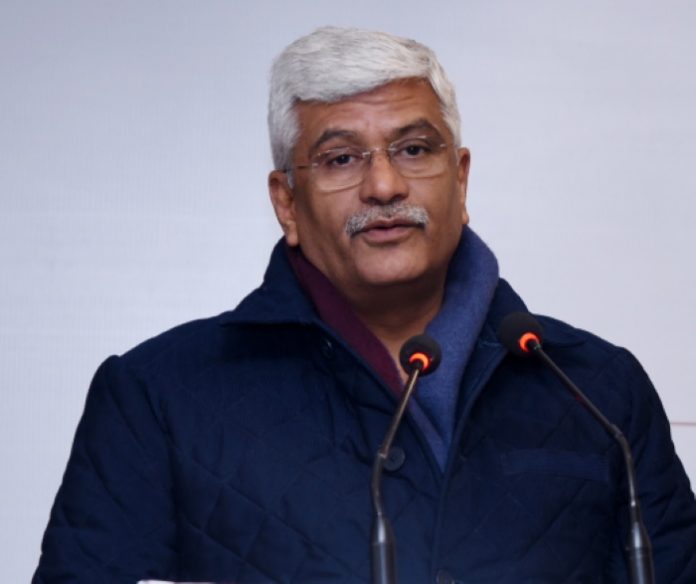 The Congress on Friday again demanded that Union Minister Gajendra Singh Shekhawat should be sacked from the Cabinet, this time for an investigation ordered by a Rajasthan court into his alleged role in the Sanjivani Credit Cooperative Society scam.

The Congress, which dubbed it as the “biggest ponzi scheme” in the desert state, had earlier demanded the sacking of Shekhawat after his alleged role in attempts to topple the Ashok Gehlot government came to light through audio clips released by the party.

“Till the investigation in the scam is not over, Shekhawat should either resign or Prime Minister Narendra Modi should sack him,” Congress leader Pawan Khera said.

The Congress has upped the ante for Shekhawat’s removal after a Jaipur Court ordered the probe into the around Rs 884-crore scam.

Society Director Vikram Singh, alleged to be close to the Union Minister, is in judicial custody since September 2019 on a charge of forgery and in connection with other cases.

The Congress alleged that the cooperative society, which was registered in 2008, was active in Gujarat and Rajasthan, and its 2,14,472 investors had deposited Rs 883.88 crore till June 2019 into its accounts.

The party alleged that the money was transferred to society employees and then to Navprabha Buildtech, Lucid Pharma, Arihant Theatre, and Jan Constructions.

The Congress claimed that 2,500 hectares of land was bought in Ethiopia with part of this investors’ money, with banana cultivation done on 500 hectares.

Khera alleged that the money used in the attempts to topple the Congress government in Rajasthan was routed through corrupt means.

The Jaipur court had directed the Rajasthan Special Operations Group on July 21 to investigate the scam.

On July 19, Congress leader Ajay Maken had demanded Shekhawat’s resignation or removal from the Union Cabinet over his alleged role in the attempts to topple the Gehlot government.