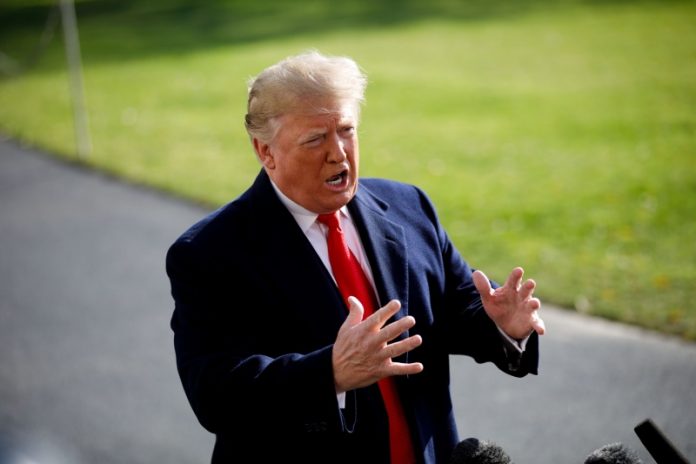 US President Donald Trump said he would cancel the Republican convention events in Jacksonville, Florida, in August, adding that it wasn’t the right time due to the recent spike in the number of coronavirus cases in the state.

Addressing reporters at the White House on Thursday, Trump said: “I told my team it’s time to cancel the Jacksonville component of the Republican convention.

“I’ll still do a convention speech in a different form, but we won’t do a big crowded convention per se. It’s just not the right time for that.

“I looked at my team and I said, the timing for this event is not right. It’s just not right with what’s happened recently, the flare-up in Florida, to have a big convention, it’s not the right time.

“For me, I have to protect the American people.”

He said the party would hold “tele-rallies” and other online events the week of the convention later next month.

The convention was initially scheduled to take place in Charlotte but the Republican National Committee (RNC) moved the major celebratory events, including Trump’s speech formally accepting the party’s nomination, to Jacksonville after he objected to North Carolina Governor Roy Cooper’s insistence that the event be scaled down.

Trump’s announcement came as Florida is experiencing a surge in new coronavirus cases.

According to the latest tally from Johns Hopkins University, the Sunshine State has reported nearly 390,000 coronavirus infections and more than 5,500 deaths as of Thursday.

Meanwhile, a poll by Quinnipiac University released on Thursday revealed that more than 60 per cent of registered voters in Florida said they think it will be unsafe to hold the convention in Jacksonville.

The Democratic Party has also scaled back its national convention, which will take place in Milwaukee, Wisconsin from August 17-20, where presumptive presidential nominee and former Vice President Joe Biden will formally accept the nomination to challenge Trump.

The Quinnipiac poll showed Biden has a 13-point lead over Trump in Florida, a key battleground state in the 2020 presidential election.

Biggest problem of your politics is Confusion, Pak Minister to Rahul Gandhi