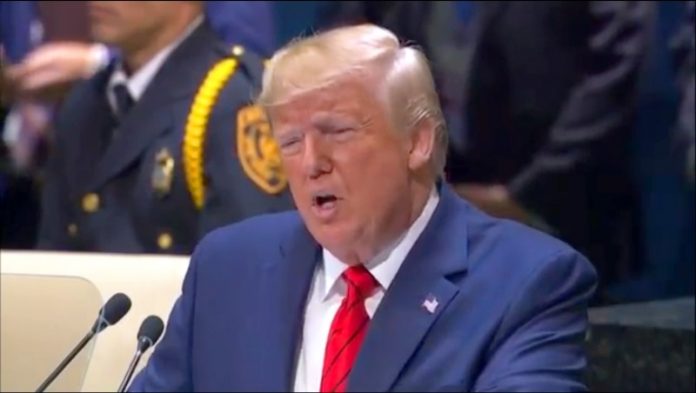 The number of coronavirus cases in the US has surpassed the 4 million mark, while the deaths have increased to more than 144,000, as President Donald Trump pushes to reopen schools across the country.

As of Friday morning, the coronavirus cases in the country reached 4,034,831, and the national death toll rose to 144,242, both tallies account for the highest in the world, according to data from the Johns Hopkins University (JHU).

California has surpassed New York to be the hardest-hit state with 421,857 cases, the data showed.

The grim milestone came only 15 days after the US hit the 3 million mark on July 8, according to JHU figures.

It took the country nearly 100 days to count its first 1 million cases, from January 21 to April 28.

“The country’s rising daily rate of confirmed coronavirus cases, along with a near-record number of hospitalizations, signals the US is far from containing a virus that is straining hospitals and labs,” said a CNN report citing health experts on Thursday.

The true number of COVID-19 cases in the US maybe 6 to 24 times higher than reported, according to a new study published Tuesday.

In the cross-sectional study of 16,025 residual clinical specimens, the US Centers for Disease Control and Prevention (CDC) estimated the proportion of persons with detectable COVID-19 antibodies ranged from 1 per cent in the San Francisco Bay area to 6.9 per cent in New York City.

On Thursday, Trump urged schools across the country to reopen as long as they can practice good hygiene and social distancing.

The White House is asking Congress to pledge $105 billion to schools as part of next coronavirus stimulus bill, he said.

Trump and his administration is pressuring schools to reopen in fall, threatening to withhold federal funding from schools that do not comply.

Reopening schools is seen a crucial step to restarting the country’s economy for his re-election campaign.

Few Americans want to see their local schools reopen for in-person instruction as usual or even with minor adjustments, said a new poll released on Wednesday.

Eight per cent of Americans say their local K-12 schools should open for in-person instruction as usual and 14 per cent think schools can reopen with minor adjustments, the survey, conducted by The Associated Press-NORC Center for Public Affairs Research, showed.

Over 20 states have paused or partially reversed reopening efforts, raising uncertainty over the prospect of economic recovery.