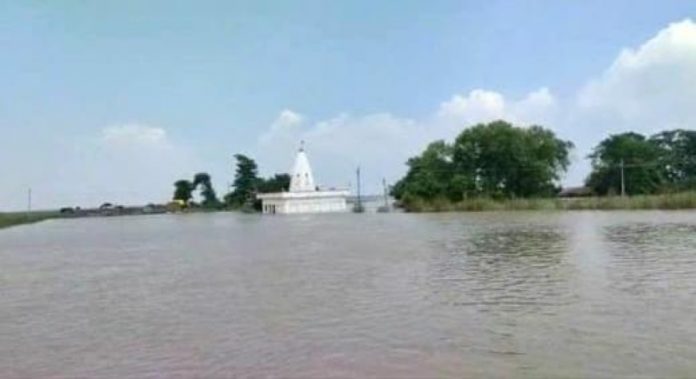 Bihar flood and consequent suspension of rail traffic between Sugauli and Majhowalia section has hit train operations badly. At least 6 trains have been diverted after floodwater touched the girder of Bridge No 248, forcing the suspension of train services between Sugauli-Narkatiaganj.

The Delhi-Muzaffarpur Sapt Kranti Express Special journey commencing on Friday from Delhi has been diverted via Gorakhpur-Siwan-Chhapra-Hajipur-Muzaffarpur instead of Gorakhpur-Narkatiaganj-Sugauli-Muzaffarpur.

Even Muzaffarpur-Delhi Sapt Kranti Express journey starting on Saturday from Muzaffarpur has been similarly diverted via Muzaffarpur-Hajipur-Chhapra-Siwan-Gorakhpur instead of Muzaffarpur-Sugauli-Narkatiaganj-Gorakhpur.

Not just trains to the national capital but even connecting those to Mumbai too were subject to diversion due to the Bihar floods.

Similarly, the trains opposite journey from Muzaffarpur to Bandra Terminus, starting Saturday is also being diverted via Muzaffarpur-Hajipur-Chhapra-Gorakhpur instead of Muzaffarpur-Sugauli-Narkatiaganj-Gorakhpur, said an Indian Railways official.

Deported Mumbai Resident’s Wife Struggling to Bring him Back