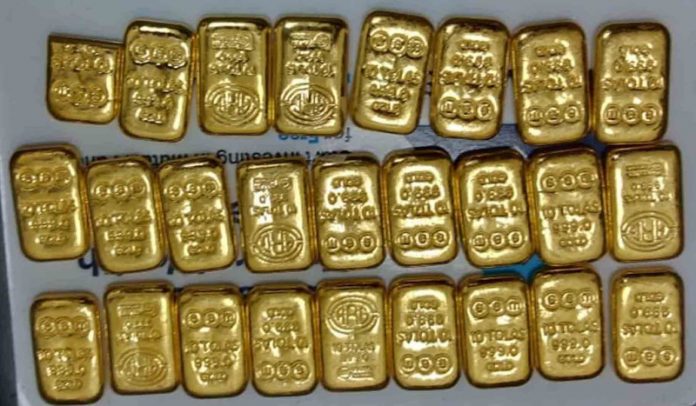 NIA officials on Monday began questioning now-suspended senior IAS officer M. Sivasankar for the second time in four days at the agency office here regarding the gold smuggling case that has rocked Kerala since the beginning of July.

Sivasankar was Principal Secretary to Chief Minister Pinarayi Vijayan and Information Technology Secretary before he was removed from the posts after the racket came to light.

The NIA had questioned Sivasankar in state capital Thiruvananthapuram for five hours on Thursday and put him on notice to appear before the officials for further questioning on Monday at NIA Kochi office.

The case first surfaced when P.S. Sarith, a former employee of the UAE consulate here, was arrested by the Customs Department on July 5 when he was allegedly facilitating the smuggling of 30 kg gold in diplomatic baggage from Dubai to Thiruvananthapuram.

The case became murkier when the name of Swapna Suresh, a former employee of the UAE consulate and later employed with the IT Department, surfaced in the case. Her links with Sivasankar came up later during the investigation.

Another accused Sandip Nair of Kochi was arrested on charge of direct involvement in the smuggling.

Sivasankar arrived in his own vehicle at the NIA office here around 9.20 am after nearly five-hour trip from the state capital.

Security at the NIA office was beefed up and no one except the media was allowed to stay put in front of the premises.

Police officials took the IAS officer inside the NIA office and after the mandatory COVID test, he was escorted to a special room for questioning. Sivasankar was also served breakfast before his questioning began.

A woman IPS officer from the NIA has arrived from Hyderabad to lead the agency officials in questioning Sivasankar, while other officials will be linked online from various offices during the process.

The Customs had first quizzed Sivasankar for nine hours after the case surfaced and they arrested Sarith. Swapna and Sandip were arrested by NIA from Bengaluru.

Sivasankar would be questioned from a prepared list of questions by the NIA officials. His statements given to the Customs as well as the NIA last week are also with the probe team.

Sivasankar has maintained during his earlier questioning that his relations with Swapna were personal and not linked to their activities.

11 Bodies Recovered at a House in Delhi’s Burari